Blue-haired Katy Perry sees the funny side after getting slimed at the Nickelodeon Kids’ Choice Awards In Los Angeles. The I Kissed A Girl singer went up to the podium with actor Jonah Hill to present the award for Favourite Movie Actress. 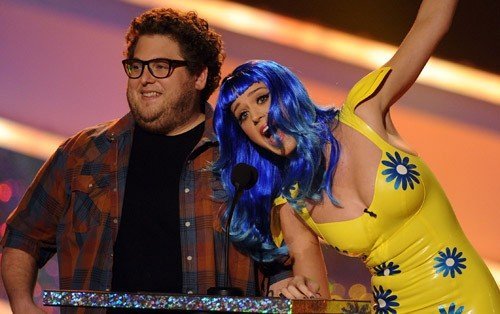 But as she walked over to a stand to open the box to announce Miley Cyrus as the winner, it exploded in her face, covering her from head to toe in network’s signature bright green gunge. 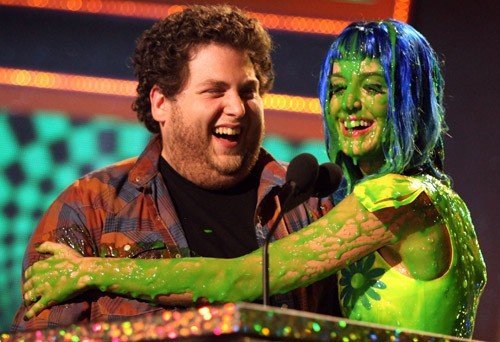 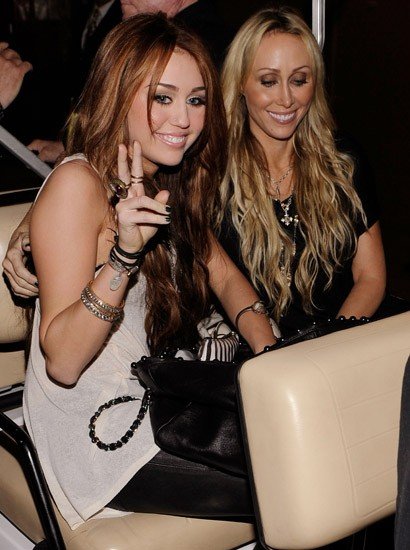 After wiping the slime away from her eyes, Perry moaned: ‘I can’t see anything. Why does it taste like boogers?’

Hill, star of Superbad and Forgetting Sarah Marshall – which also stars Katy’s fiance Russell Brand, had the good sense to stand back as he watched his co-presenter succumb to the slime. 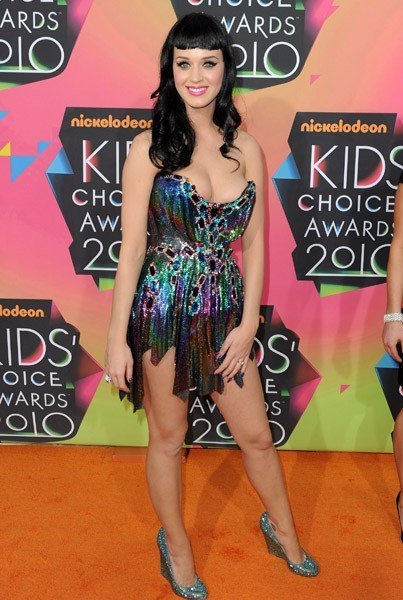 She had arrived at the awards in a tiny colourful dress with a plunging neckline, raising eyebrows over the suitability of the outfit for a kids’ awards ceremony.

Addressing Russell Brand on her Twitter page before the awards, she said: ‘Word on the street is they are trying to slime me tonight @the kids choice awards! Good thing I’ve had a lot of practice right? 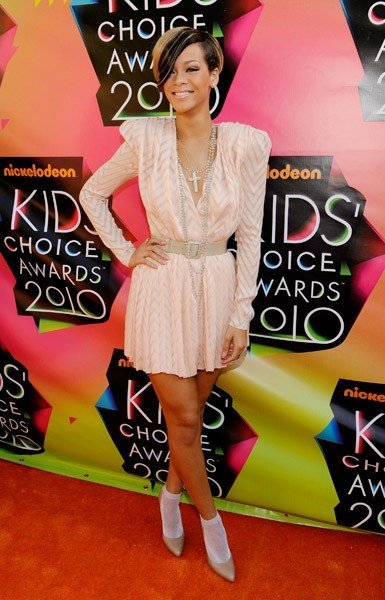 The Bajan singer, 22, was relatively covered up in comparison to her usual risquÃ© outfits in a pink pleated Christian Dior dress, Brian Atwood heels and ankle socks.

However, she still managed to turn heads with her new two-toned blonde and black bob hairstyle. 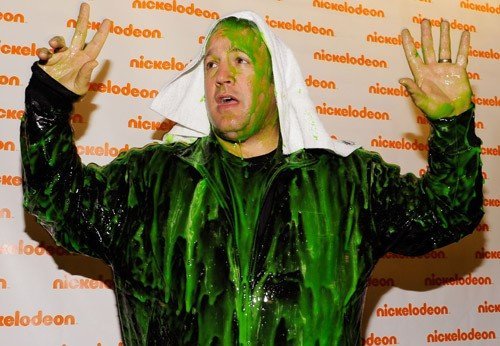 Host of the night movie and television star Kevin James said: â€œI have been lucky enough to live more than my share of dreams — a hit TV show, a hit movie, a beautiful family, and, of course, that prize-winning watermelon I grew last summer,â€ said James.

â€œYet throughout it all, Iâ€™ve had this nagging feeling that my journey wasnâ€™t complete. Oh, sure, itâ€™s been quite a ride, but it lacked somethingâ€¦ something green, slimy, oozing, slippery and dangerous!

Thatâ€™s right — thereâ€™s been no slimeâ€¦ until today! In short, I guess you could say hosting the Kidsâ€™ Choice Awards completes me.â€
Photos by Getty Images
Read More