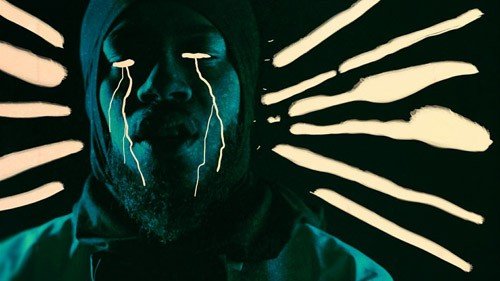 
Beating a new path for UK hip hop, Blue Daisy has been inspired by the creativity in US to take to the microphone.

The new unorthodoxy and weirdness has re-energised him: “I feel the way I felt when I first started making music’. SpaceGhostPurrp is making hip hop sampling trains. So, I thought, don’t watch what everyone else is doing in the UK. Put this out.”

On Dahlia Black (with beats by Blue Daisy) the tone is pitch black. They ‘see the light when the clock strikes midnight’. Psychedelic and perverted is how this rolls; ‘suicide girls in restraints put a 2c1 on her tongue’ is a typical bar by Hey!Zeus.