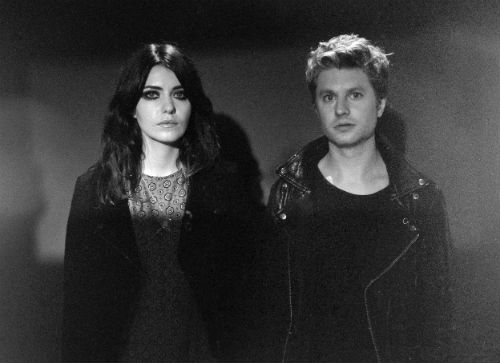 Blood Red Shoes’ new eponymously-titled album, produced and recorded by the band in Berlin and mixed by American indie god John Agnello, is released via Jazz Life on 3rd March.

Check out ‘The Perfect Mess’, the first strong track taken from the album by the Brighton duo – Laura Mary Carter and Steven Ansell.

Steve explains “For this album we packed up all our stuff, got in a van and drove to Berlin, where we lived for months in a rented studio space.

No producer, no engineer, no A&R people, just us two in a big concrete room in Kreuzberg, jamming and recording our songs whenever we wanted, how we wanted with nobody to answer to except ourselves. It came out as our rawest, heaviest, sexiest and most confident sounding record so far”.

Laura Mary says: “Everything was so perfect on our third album (‘In Time To Voices’), but we realised that the imperfections are what makes our band – that’s what people like about us”. 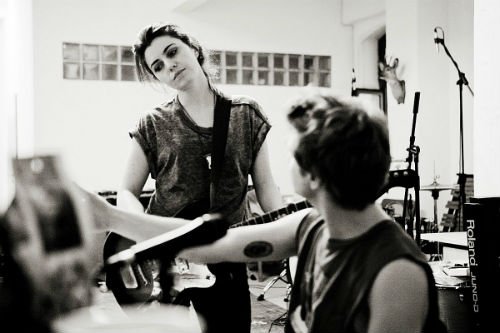 On the positivity of the lyrics on their new album Steven says: “Our default setting as a band is to write from a negative perspective, this time it’s about being hedonistic and free and not worrying so much.”

One song in particular, ‘Everything All At Once’, comes from “the idea that you might not even wake up tomorrow, so you might as well experience everything right fucking now.”

On making it to their fourth album Laura Mary says: “I think there’s an element of luck involved, but mostly it’s because we work our arses off, we never switch off. We never let anything just happen; we steer everything. A bit control freaky, really.”

“You know like what it felt like when you’re a kid in art class and the teacher goes out and you just throw the paint around?” asks Ansell. “That’s the feeling of freedom that I can hear in the record. It’s really sloppy, and I love that about it.”