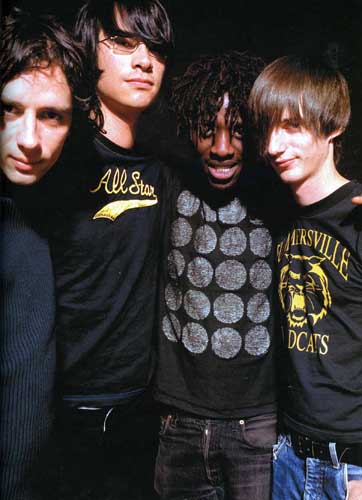 BLOC PARTY released their critically acclaimed debut LP Silent Alarm in 2005, which was named NME album of the year, and hailed as a triumph in true independent music.

The follow up A Weekend in the City, released this year, was met with equal enthusiasm from both critics and followers.

The band returned to Ireland on November 3rd for their largest headline slot to date, in front of a sold out audience of 10,000 fans in Dublinâ€™s Phoenix Park.

FAD took over Friday nights in The Stiff Kitten in early October, introducing a truly eclectic music policy to this established venue. Resident DJs Joe Dougan (Radio K) and Jim Harte mix tuneage from across the board, championing new Indie and Electronic tracks, alongside anything from Aphex Twin to AC/DC.