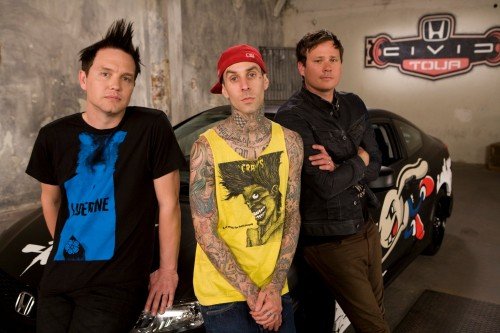 Blink-182 make a triumphant return to Ireland this Summer for dates in Dublin and Belfast on their first arena tour in almost 8 years, and…All American Rejects have just been announced as main support with Four Year Strong joining the line up for the Irish shows.
Blink-182 have revealed to Kerrang! that they are already working on tracks for their next studio album, despite the fact that their comeback record ‘Neighborhoods’ only came out in September.
TICKET INFORMATION: Blink 182 + All American Rejects & Four Year Strong
Tickets are on sale now!
12 June: The O2, Dublin
Tickets €44.20 inclusive of booking fee
0818 719300