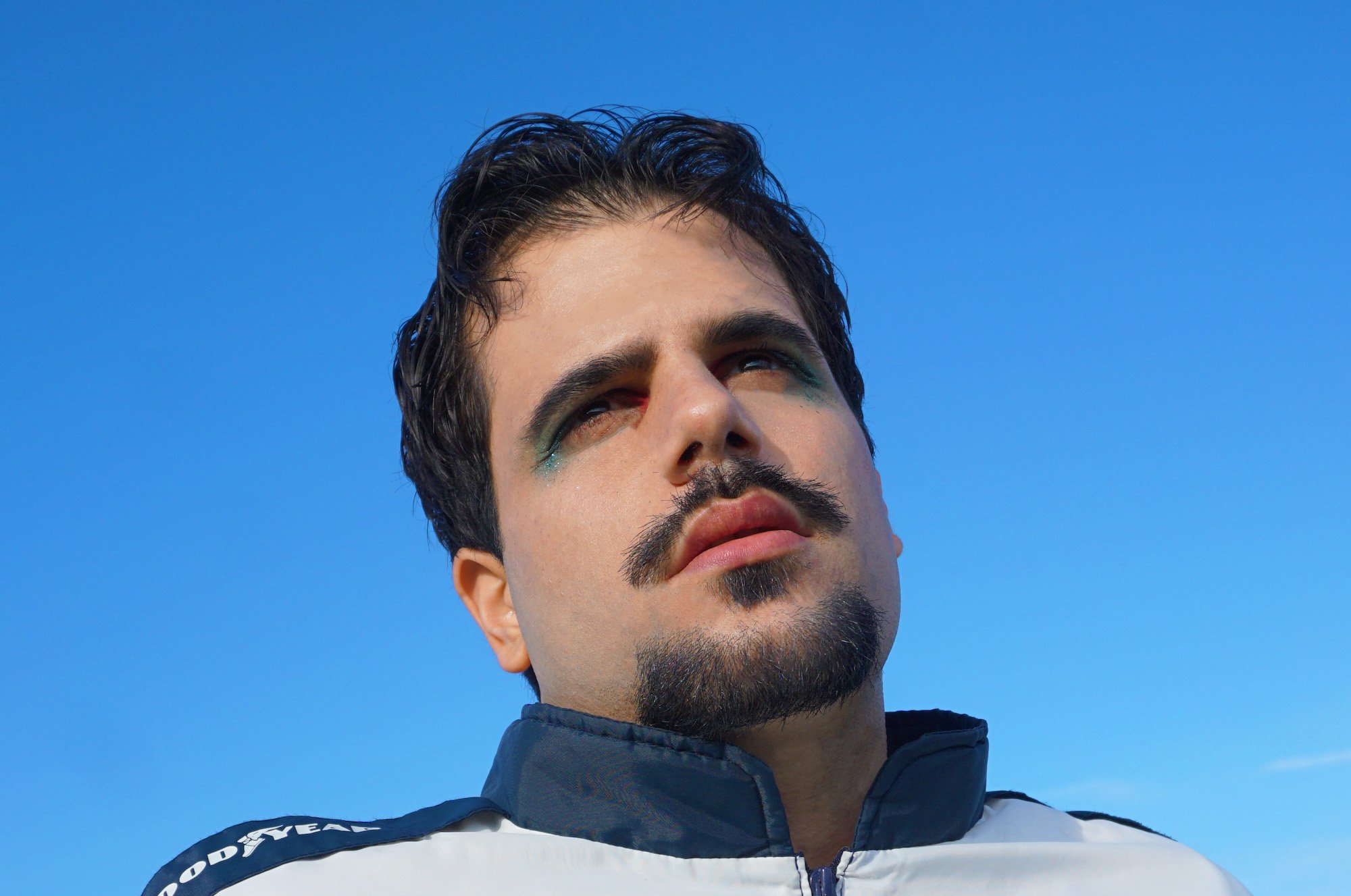 BLINDᗺYER is a West Sussex based producer and artist who has stepped back from his style of leftfield production by returning to his Greek roots. In his latest release Stin Zali, translated as ‘In Dizziness’ in english, BLINDᗺUYER embraces his roots by singing in his native tongue.

Discussing the release’s narrative BLINDᗺYER says: “The song storyboards the life of a race driver who devours heavy drinking to compensate for past losses only to amplify them as they come more alive than ever to haunt a tormented mind during dizziness caused by excessive alcohol.”

Through BLINDᗺUYER’s music and songs he showcases vintage photo collages of urban, mechanic scenery with a sci fi cinematic twist as he explores through his lyrics topics of self empowerment through grit. Through his images and portraits he showcases fluidity in sexuality, gender and race, and the beauty and empowerment femininity boasts in the male body that battles the oppressed views of being raised in a conservative narrow minded society as a man.