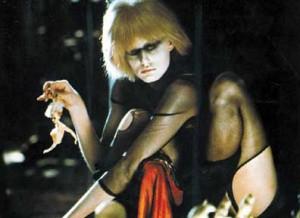 Ridley Scottâ€™s â€˜Blade Runnerâ€™, starring Harrison Ford and set in a bleak LA of the future, has been named the greatest sci-fi movie of all time by leading sci-fi website Totalscifionline.com.

The online publication has produced a definitive list of the top 100 films in sci-fi, with the 1982 film beating off strong competition to take the top slot.

Stanley Kubrickâ€™s epic â€˜2001: A Space Odysseyâ€™ comes in second place, while the first release of the â€˜Star Warsâ€™ franchise, â€˜Episode IV: A New Hopeâ€™ is at number three.

As the news breaks that Ridley Scott is set to make â€˜Alien 5â€™, his first entry in the franchise is named the fourth best sci-fi movie of all time, and â€˜Metropolisâ€™, Fritz Langâ€™s iconic film from the silent period, completes the top five.

The authoritative list spans more than a century of movies in the sci-fi genre, with current release â€˜Moonâ€™ making position 74, and the pioneering â€˜A Trip to the Moonâ€™ from 1902 in the top fifteen. Other entries in the list include two versions of â€˜Invasion of the Body Snatchersâ€™, a plethora of titles from the genreâ€™s 1970s heyday such as â€˜Silent Runningâ€™, â€˜The Man Who Fell To Earthâ€™ and â€˜The Andromeda Strainâ€™, and classic films by Steven Spielberg, James Cameron and Russian master Andrei Tarkovsky.

The recent smash hit â€˜Star Trekâ€™ movie prequel makes the list, but comes in at a lowly 93. Two other Star Trek movies, â€˜The Wrath of Khanâ€™ and â€˜The Undiscovered Countryâ€™, are adjudged to be superior entries in the franchise, coming in at 19 and 67 respectively.

Matt McAllister, Editor of Totalscifionline.com said:
â€œItâ€™s odd to think that â€˜Blade Runnerâ€™ was not a critical or commercial success on its initial release in 1982. Some critics dismissed it as a case of style over substance. Yet while the depiction of a neon-lit future LA is still breathtaking, Ridley Scottâ€™s film is backed up a real sense of sadness, fear and longing. It also contains career-best performances from Harrison Ford as Deckard and Rutger Hauer as the charming, feral Roy Batty, and terrific supporting performances from the likes of Daryl Hannah and Sean Young. However many times youâ€™ve seen Blade Runner before, it retains its awe-inspiring power. A sci-fi masterpiece.â€