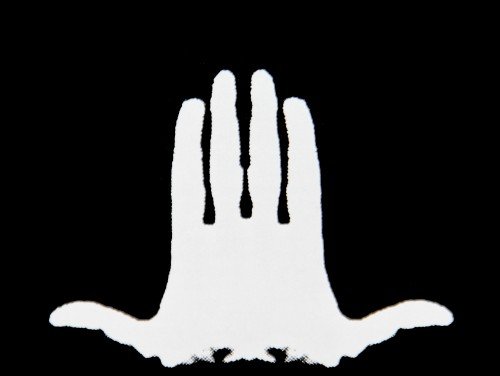 
Morucci explains: “I’ve recently had the chance to read an article on the web regarding black holes titled:

Biggest in the universe: Scientists discover black holes weighing 40 billion suns…and the largest supermassive black hole in the heart of Milky Way, the galaxy that contains our Solar System,
is estimated to weigh about 6.4 billion solar masses…

The last day of all times might have an origin and an astronomic explanation. This is what Giordano Bruno, an Italian innovative but also troublesome theologian, supposes.

He lived in the 16th century and was burnt at the stake because his thesis were considered heretical by the Inquisition of the Roman Church.

In his prophecies Giordano Bruno links the end of the world to the diffusion of travels in the cosmos and to the moment when a “Black Sun” will swallow up the Sun, the Moon and all the other planets of the solar system.

I thought a lot about this concept – may be an interpretation of these words meaning could be:

The symbolism of the Black Sun is the subject to fear for the powers of stasis, since it indicates drastic and terminal change. Then I found myself thinking about this more and more.

Due to archaeology of historic and pre-historic religious symbols dating back beyond ancient Babylon, the Black Sun can be considered as the most primordial and powerful, as it is the symbol of a god-concept.

The Black Sun is the ultimate esoteric concept. Represented as the void of creation itself, it is the most senior archetype imaginable.

A person who is identified with the power of the Black Sun does not emanate spiritual light but spiritual strength.

The true essence of the Sun symbolism is its representation of primordial intellect, the manifestation of universal (cosmic, omnipresent) consciousness which transcends space-time and energy. The Human process of harmonizing with this force is called: at-onement, illumination or enlightenment.

The Black Sun is the ultimate esoteric concept. Represented as the void of creation itself, it is the most senior archetype imaginable.

In conclusion, the Black Sun is an adventure of consciousness that reveals a vast array of new information.”