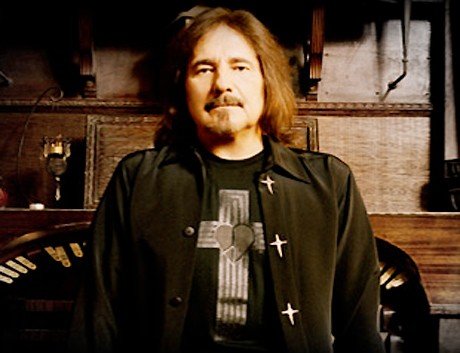 Black Sabbath bassist Terence “Geezer” Butler called on his fans to boycott Fortnum & Mason while it shamefully clings to sales of foie gras – a product so vile that it is illegal to produce in the UK and is banned from Royal menus.

“I’ve been a musician for most of my life, and I’m not afraid to make some noise, especially when it comes to issues of cruelty to animals”, says Butler. 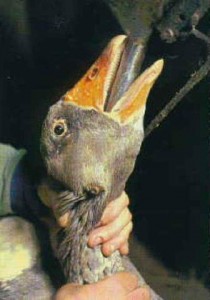 “I’ll therefore be urging my family, friends and fans to stay away from Fortnum’s … until you stop selling that vile foie gras.”

He also asks Fortnum’s boss, “[D]o you really want to give two fingers to British animal welfare laws by being one of the only remaining retailers to sell this ‘torture in a tin’?”

During foie gras production, huge amounts of grain are pumped into the stomachs of geese through metal pipes, which are rammed down their throats several times a day. Their distended livers – which can swell to up to 10 times their normal size – press against their lungs, causing them to pant constantly. Veterinarians and avian experts agree – there is no humane way to produce foie gras.

Animal protection groups – including the Royal Society for the Prevention of Cruelty to Animals, Compassion in World Farming, Animal Defenders International, Animal Aid, Viva!, Four Paws, One Kind, Save Me and the International Veterinary Society – have all called for Fortnum & Mason to stop selling foie gras.
PETA.org.uk