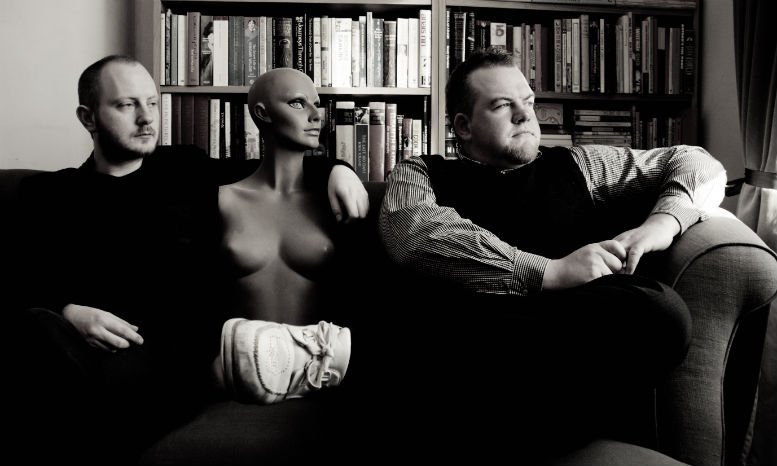 Black International’s powerful delivery dwells “in the dark spaces between the floorboards, the cracks in the walls”…This is ‘Animal Without Backbone’.

Hi Black International, how are you?

We’re very well, thank you. My name’s Stewart, I play guitar and sing, Craig plays the drums. I know you didn’t ask who we are, but thought I’d take the liberty.

How does the band go about the writing process?

Usually I’ll come in with the bare bones of an idea, a few chords or something, and we’ll work it up from there, the usual cliché. At the beginning I’d come in with fully written songs but the stuff we jammed out in rehearsal tended to be far more interesting, so these days I do as little as possible beforehand. Sometimes stuff falls into place straight away and suddenly you have a finished song, other times it takes ages and things can sit in the ‘to do’ pile for months or even years, which is fine. I’m a firm believer in songs telling you when they’re ready, I don’t like forcing them. For example, our new album has a couple of tracks on it that were written before our first record was recorded, but for whatever reason they just weren’t right for what we were doing at that time.

You are an Edinburgh based band. What is the scene like back home?

Edinburgh’s music scene is a weird one, and I could probably write a good few thousand words about it given the chance. It suffers from a combination of things, but I’ll attempt to really simplify the issues: Edinburgh used to have a fairly bustling live music scene, but the city council has killed it over the past decade. Suddenly, lots of well-established music venues found the buildings they were housed in marked for demolition, to be replaced with hotels and luxury flats.

Some others found the same things popping up right next door to them. Perhaps in an attempt to pacify the new residents, the council introduced a zero tolerance noise policy for live music at night, which swiftly killed the crossover club nights where bands could play late and made venues terrified of losing their licenses. One complaint from a resident, substantiated or not, can result in a venue being shut down. Edinburgh also has a large, transient student population, and they tend to favour clubs over gigs; where gigs and clubs used to occasionally feed into each other, they now feel 100% separate- gigs often seem like some esoteric nerd convention.

Coupled with the aforementioned chronic lack of venues, there’s not that much press support for bands either. Edinburgh is world famous for its International Festival and Fringe, which for the month of August swells the city’s population to double the size (with accompanying increases in hotel room prices), but over the rest of the year it feels like some kind of cultural gulag. During the Festival all the venues are booked up by comedians, and although the place is knee-deep in journalists none of them want to write about music. So it’s a double kick in the nuts. 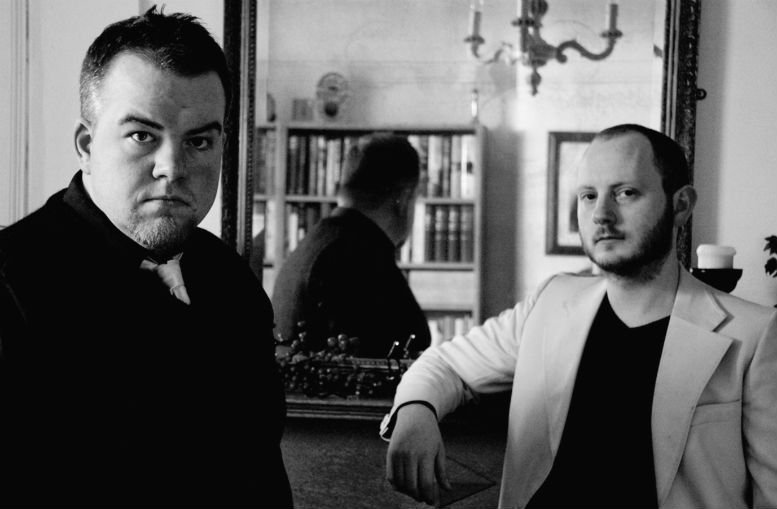 Would you recommend any bands from Scotland?

Yes. If you’re into bass-heavy thrash look no further than BRITNEY or (the now dearly departed) Thin Privilege. For loud, claustrophobic post punk, Civil Elegies are well worth your time. If you prefer your alternative guitar music shot through with stadium-ready melodies, the new United Fruit material will tick that box, or if you want a blast of full-on, fresh, pants-off pop, Craig’s favourites Kid Canaveral are an excellent place to start. There are obviously loads more I could mention, but I’m running out of adjectives and it would just be a list.

You have released two videos already from your album. How did the concept for each one evolve?

We were lucky enough to snag Ciaran Lyons (seaoflyons) again for those, he’d previously directed a couple of videos for the 7” we released in 2013 which we were really happy with, so it seemed logical to ask him again. As it turns out, he’s a man in demand, and had recently signed to an agency directing videos with actual budgets, so the fact he took the time out to shoot these was actually quite a big deal for us. As far as concepts go, I think we sent him some rough ideas which he took the bones of and made much more interesting.

I can’t remember all the details now, but the notes we gave him for A Fence To Keep People Out had something to do with being in the woods with a spinning camera, but he came up with the idea of the road trip and the time-lapse method. We briefly scouted a couple of locations beforehand, and shot it over two nights in the freezing cold. The section where we’re in the woods was filmed in the grounds of an abandoned psychiatric hospital between midnight and 2am, and was creepy as hell. It’s up a single track, tree-lined road, and some of the trees had dolls and teddy bears tied to them, which freaked us the fuck out. Also, the fact that two cars drove past us at 2am up there, on a disused road literally in the middle of nowhere, was quite odd. We convinced ourselves it was guys looking for a place to dump corpses.

The video for Animal Without Backbone was again developed from a sketchy idea of ours which involved spitting black paint around a white room. We didn’t really know what was involved in the actual shoot until we got an email from Ciaran detailing all the stuff we’d need: a large tub of white paint, 20 litres of water, 8 pints of milk, an inner tube and a funnel. We shot it in a derelict factory which had been set on fire and colonised by pigeons, which probably explains the stern expressions on our faces throughout the piece. There was shit everywhere, and we were soon covered in it. Good times!

Where would you say your sound fits in today’s landscape?

I honestly have no idea. We’re definitely not fashionable, which will probably stand us in good stead in the long run, but at the moment it feels like we’re swimming against the tide a bit. You never know though; perhaps abrasive, gloomy goth-punk will come back in a big way and all the bands who currently sound like Wavves will start wearing black and ripping off the Cure.

For those who haven’t seen you play live, what is a Black International live show like?

I’d say if you haven’t seen us before, it might defy expectations. Folk stand there watching two people set up on stage, a guitarist and a drummer, probably think, “This is going to be either ‘garage rock’ dogshit or post shoegaze garbage.” That’s certainly what I’d be saying to myself. However, whilst we may contain elements of both of those genres (I realise in hindsight), we’re fierce, and melodic, and very loud. We often get guys (it’s always guys) coming up after we’ve played, usually when we’re scrabbling around unplugging cables and moving speakers saying, “You guys sounded huge, really…big!”, as if two musicians can’t make a noise that fills a stage without a bass player and a lead guitarist shitting all over the songs. With a little bit of technical know-how you can fill those frequencies adequately with two people.

I’ve always harboured a real desire to support the Fall, even though Mark E Smith would hate us. He hates everyone though, so fuck him.

There’s not much left of 2015, but in that time we’ll be releasing our album on the 30th of October and launching it with a special show at Kirk O’ Field church in Edinburgh on the 21st November, featuring an all-star expanded line-up. We’ll be touring in early 2016, and I suspect at the end of the summer we’ll be looking to start recording again. There was quite a long gap between the first album and this one, partly because we had to reconfigure the band after we found ourselves without a bassist in mid-2011; we essentially re-started the band from scratch. This time I think we’ll be ready to get going fairly soon and get something out quickly, maybe even before the end of next year. Onwards and upwards.