Two separate but related copyright infringement lawsuits were filed today in the United States District Court for the Central District of California against the members of the Black Eyed Peas and their record labels and publishers, including UMG Recordings and Interscope Records. 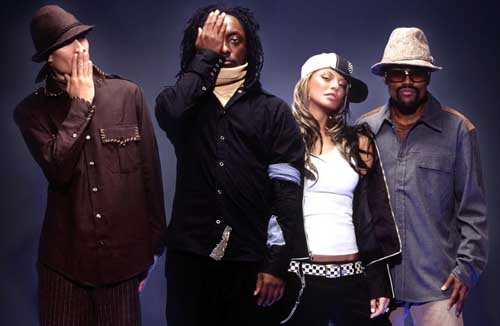 The songs involved in the suits are two internationally acclaimed hit songs that brought the Black Eyed Peas extraordinary profits and iconic success: “I Gotta Feeling” and “Boom Boom Pow.”


One Complaint was filed in the Federal District Court in Orange County and alleges that the Black Eyed Peas intentionally and willfully copied a Texas songwriter, Bryan Pringle’s song “Take a Dive” when they co-wrote and recorded their Grammy award-winning hit song, “I Gotta Feeling.”

As a result of the copying, “I Gotta Feeling,” as a whole, is “substantially similar” to “Take a Dive,” which was copyrighted by Pringle in 1998, and the leading melody contained in both songs, described in the Complaint as the “guitar twang sequence,” is identical.

A side-by-side comparison of both songs demonstrates that they sound virtually identical, the Complaint alleges.

The Complaint further alleges that Pringle regularly submitted his demo CDs to Interscope Records, UMG Recordings and EMI over a period of approximately ten years, and received written correspondence on multiple occasions informing him that his music was received, but they had no interest in signing him as an artist, or purchasing his songs for use by other artists.

The other Complaint is the re-filing in Los Angeles of a January 2010 federal lawsuit of Chicago artist Ebony Latrice Batts, aka Phoenix Phenom, and her producer and co-songwriter, Manfred (Manny) Mohr.

The Complaint alleges that Phoenix Phenom and Mohr submitted “Boom Dynamite” to Interscope, at the request of an A&R for the label, who had shown interest in one of their previous songs and as Phoenix Phenom as an artist.

The original case was filed in Chicago and withdrawn and dismissed without prejudice to its re-filing because of procedural concerns relating to the location of the filing being Chicago instead of LA or New York.

“Both Complaints allege that the Defendants UMG Recordings, Interscope Records and members of the Black Eyed Peas engaged in a pattern and practice of intentional copyright infringement with respect to the unlawful copying of songs of unknown or lesser-known artists.

Gould added, “Copyright infringement is bad enough, but when it is part of a pattern and practice, relates to songs that are iconic hits and the innocent victims are unknown or lesser known artists, the damage extends beyond the parties involved and into the music industry and the public arena generally.”

The two suits seek actual damages incurred by the Plaintiffs, including disgorgement of all net profits received by the Defendants as a result of the two songs, as well as future credits and royalty payments.

Plaintiffs in both suits also seek the entry of a constructive trust over the profits made by the Defendants; a preliminary and permanent injunction against the continued singing, distribution and production of the songs, in the U.S. and worldwide; and, in particular, a preliminary injunction applied to the performance of “I Gotta Feeling” on the Black Eyed Peas’ current world tour.

View the filed Complaints at www.millercanfield.com/artists