With the release of his album now just a few weeks away, BLACK AFFAIR (aka Steve Mason) has added more dates to his live schedule, including a London headline show at 93 Feet East and shows in Glasgow and Dublin.
Already picking up rave notices in the press, Black Affairâ€™s sublime debut – â€œPleasure, Pressure, Pointâ€ â€“ is released on V2/Cooperative Music next monthâ€¦ For the whole of last year the man behind the Beta Band and King Biscuit Time was at work in his studio, writing songs about obsession, documenting the beginning and end of a relationship, and rediscovering his teenage love for early house music and electro, before flying to New York to mix the white-hot results with fellow maverick genius JIMMY EDGAR. 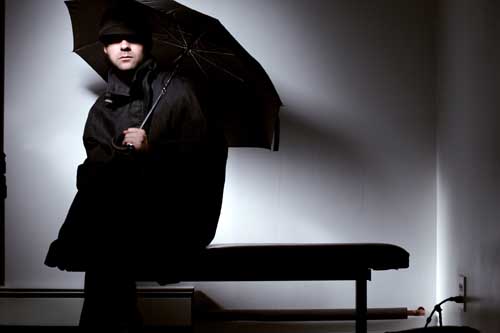 And how does it sound? Like a magical trip round the best 80s underground clubsâ€¦ retro yet modern, dark yet euphoric, sexy and sophisticatedâ€¦ like the finest electronic soul. Some artists cut themselves off from the outside world when theyâ€™re making a record, but Mason did the opposite. He plugged himself directly into a whole world of R&B, electro, hip-hop, house and techno. This specifically involved digging out old Jodeci, Montell Jordan, â€˜80s electro like Kleer, Neneh Cherryâ€™s first album, early hip-hop a la The World Class Wrecking Crew and Detroit techno and weaving it all into his heady electronic mix-up. Some might also detect some classic 80s influencesâ€¦ shades of early New Order, Depeche Mode, Japan etcâ€¦ while the idiosyncratic melodic style that Steve brought to his earlier work is still on displayâ€¦