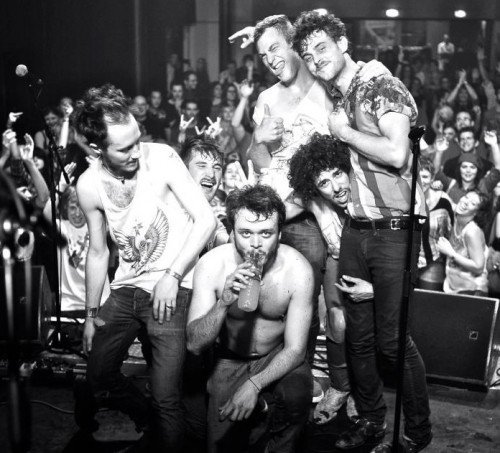 Self-confident and innovative, French pop rock band Birdy Hunt have been touring everywhere in France for the last year and played 2 UK dates a few months ago, to support the release of their two 4 track EPs.


They just finished recording a new album with producer Sam Bell (Foals, Bloc Party, REM, Editors, Wombats, Robbie Williams), so there was not better time to talk to them…

How did you meet and whats the story behind the band name?

Luc and Marius (guitar and drum) met Nico and Tom (guitar and bass) at a party of 2007 new year’s eve. it was a pretty wild night that ended kind of badly but flowers grow on shit right?

A friend of ours used the name bloody birdy hunt as a painter, we were looking for a proper name at that moment we were really young playing metal/surf music and had no clue but shit names like golden tiger or hidden dojo, so we shortened it and started touring with this name, it remained. 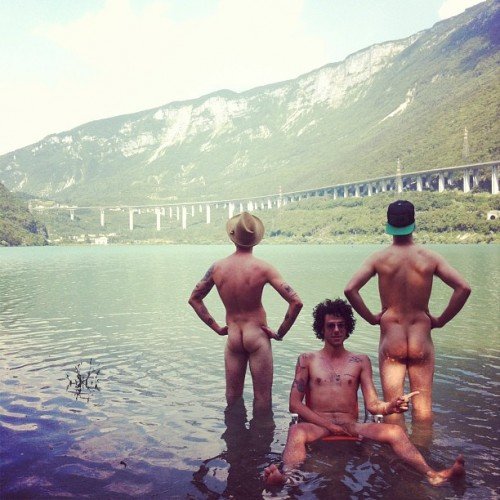 How important was, as a band, to win the “Esprit Musique” ?

Thank to it we were able to produce our own album in really great conditions for an indie french band. We booked a studio for 2 weeks in Brighton had a producer from LA to come and work with us.

We also had two preproduction sessions one in Oxford and one in Auvergne (french country side).

We also had the chance to do a really cool tour so it definitely helped us logistically, we never thought we could be able to produce more than 4 tracks eps as independant. 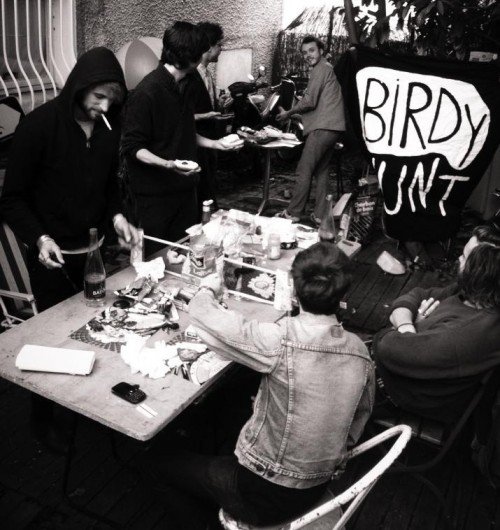 Is it easy to bring the energy from the live show into the studio, or is vice versa?

That’s maybe the hardest part of the work, we compose as a jam band we have dozens of proto-songs which sometimes have a good energy in the rehearsal studio but we are not able to convert in good studio songs.

The opposite also hapens so we are recording all the jams try to work on computers the retry them live etc. it takes time to have something that is satisfying for all of us.

Can you describe in 5 words your sound to our readers?

Do you have any special ritual before going on stage?

Basically we chill together in our van (which is a part of the band) have a drink then we do a group-hug and go on stage.

It’s a tough to answer this because we are 6 people and the band and each has his own influences. I think the fact we all like different music is a good explanation of why our music is like it is today … and why we fight so often haha.

At the very beginning The Eighties Matchbox B-Line Disaster was the band that gathered us all but now we listen so much things from gangsta french RAP (Booba) to fresh music like Two Door Cinema Club or Phoenix passing by french popular stuff like Patrick Sebastien. You just have to spent 10 minutes to realize that how our influences is a big mess haha.

The hardest part is whatever have nothing to do with music, we really like to post shit on our facebook like stupid photos of the band and compose and record songs, but we’re not too much confortable when we’ve got to deal with big promoters or labels because we have a really messy way to do things and they like things to be clean and undercontrol.

That produces a lot of misunderstandings. at the beggining of the band we were banned from most venues in paris, arty underground scene labeled us as a boysband and the popular venues as punks.

We are happy with the label boysband and punk as well. anyway we managed to be accepted thanks to our manager Kévin which do the job for us now.

Radar festival in Padova. it was great, really cool energy, people dancing, we met a lot of people we would have loved to spend more time with. eventually will be back boys and girls <3 visit us to paris !!

Can you tell us a bit about your new album?

It’s the record we are the most proud by far. it will be out by the end of the year i guess. maybe will be able to let a single out before then. it’s more modern that our previous eps more epic in a sort of way and more mature i think.

Whats next for Birdy Hunt?

Well death I guess and before that, try to have the more fun and (platonic) love as we can. x