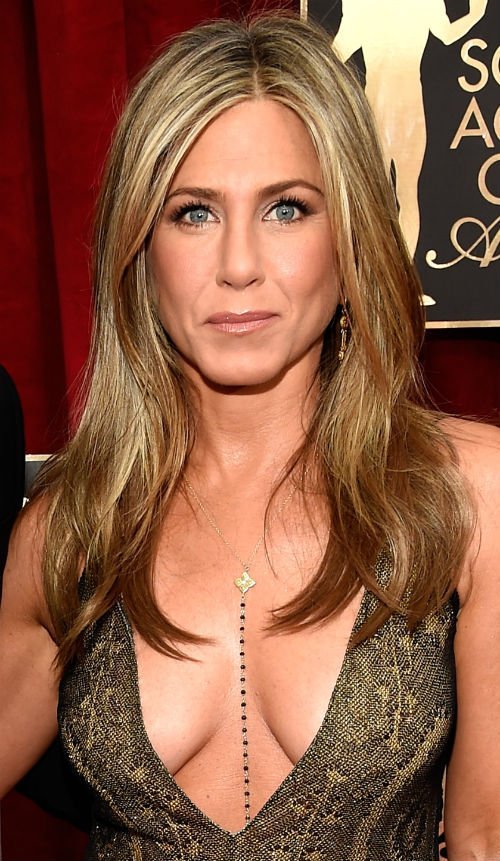 Sexy 45-year-old actress/SAG nominee Jennifer Aniston rocked the carpet at The Shrine Auditorium during the 2015 Screen Actors Awards on Sunday. She donned a vintage Galliano gown, with daringly deep-cut neckline and black ankle-strap sandals. She was accompanied by her fiancé, Justin Theroux. 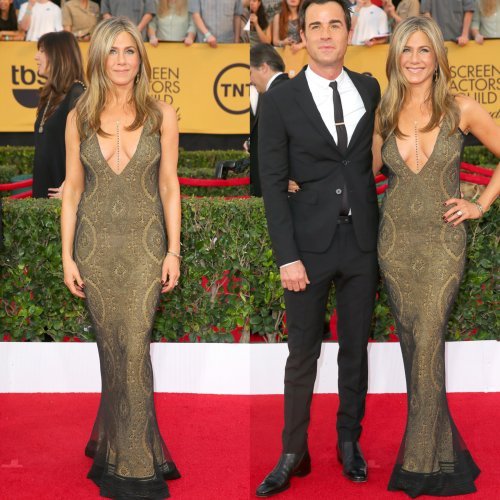 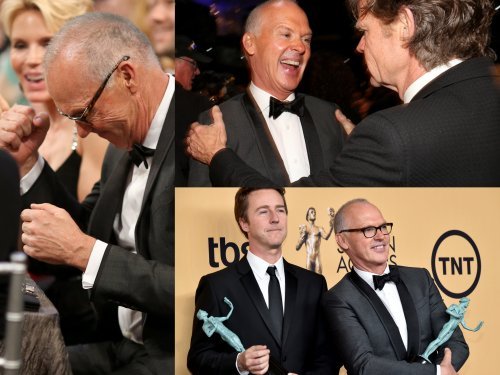