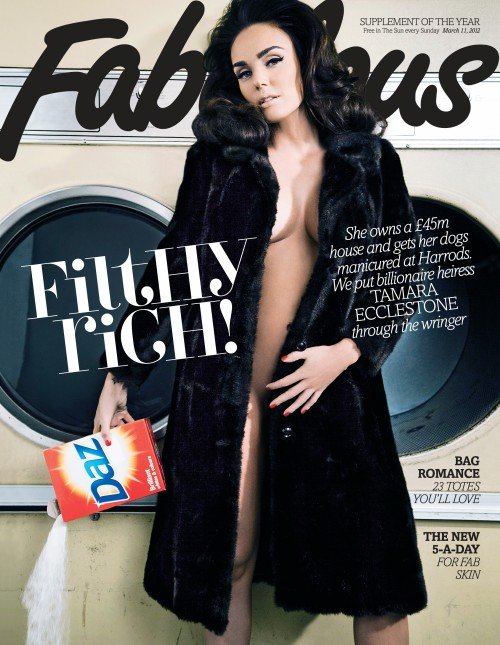 Full-time socialite and billionaire heiress Tamara Ecclestone might own a £45million, 55-bedroom house and take her dogs for manicures at Harrods, but in an exclusive interview with Fabulous magazine, free with The Sun every Sunday, she hits back at the critics who accuse her of sponging off Daddy: “I’m not going to apologise for what I have.

How many people would say: ‘Oh, I don’t want any of this money, I’m going to give it away?’ I’m not going to hide away for the rest of my life. Most people in my situation would go shopping as well.” 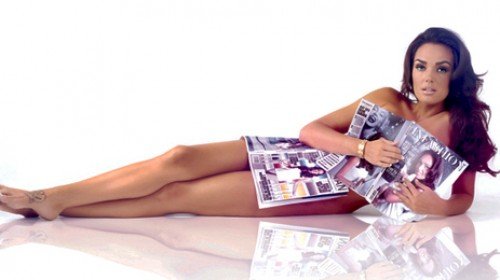 But dare call her spoilt, or dumb…

“Probably the thing that hurts the most,” she says, “is that people think I don’t give back when actually I work so hard for Great Ormond Street Hospital.

“And just because I shop, I’m not a dumb bitch. I’ve got five A-levels, I speak three languages and I got into the London School of Economics.”

But the brunette is unapologetic about her, somewhat OTT, indulgences – including her £370,000 Ferrari and a private dermatologist on speed dial.

She reveals: “People might think: ‘What a freak, getting one spot injected’, but in my mind it triggers off a time of my life as a teenager when I wasn’t happy with my skin.”

Last year Tamara launched her own reality TV show, Billion $$ Girl, which saw her swanning about on luxury yachts and showing off her 200-pair shoe collection – something that was not received so favourably by the public.

Despite all that, she reveals to Fabulous that there are plans for another reality show: “Because no other job really appeals to me.”

She says: “I’m such a fan of reality TV, so when the opportunity came up I knew if I didn’t do it I’d probably look back when I was 80 and regret it.”

The socialite has been dating her stockbroker boyfriend for nearly two years now. Could a wedding be on the cards any time soon?

She reveals: “We’re definitely talking about it, but it’s up to him to ask me – fingers crossed by the end of this year.” Time will tell!

To read the full interview of Fabulous pick up your copy with the Sun – now on Sunday!
fabulousmag.co.uk