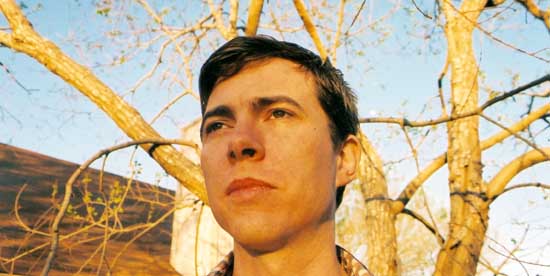 **Tickets also on sale at the door on the night**

In 1987 Bill Callahan of Smog went on a freighter cruise. â€œI donâ€™t know if you know what these are,â€ Bill says, â€œItâ€™s these barges you see out in the ocean that donâ€™t ever look like theyâ€™re moving. They are full of cinnamon or raw wicker, some cargo like that, and they sell a few berths. There were spaces for seven passengers on the one I went on. For six weeks I was on that thing with my cousin Lee, a couple retirees with absolutely nothing to do and a guy who turned out to be a famous crime novelist who was there to work on his next book. My parents had insisted that I needed to cool my wheels because I was getting into some trouble, as was Lee. So we went to
Papeete, Tuamotu, Suva.

When we finally pulled back into Baltimoreâ€™s harbor, I was struck by one thing: the smog. The skyscrapers came in a close second, but they sort of looked like seashells to me. The seashells Iâ€™d been collecting at all the ports. But the smog made me say, â€˜I live in smog.â€™ And that stuck with me. I had been writing some â€˜instant songsâ€™ while on the journey, short things I could dilute the sea fever with.
When I got home my parents presented me with a bill for 2 grand so I decided to make a record to make some quick cash. Four years later I had the two grand to pay them back.

That was my first album, SEWN TO THE SKY, which came out in 1990. I was like a caged animal set free after that. Roaming the
world with a variety of pick-up bands and making a record wherever I could.â€
www.myspace.com/toomuchtolove