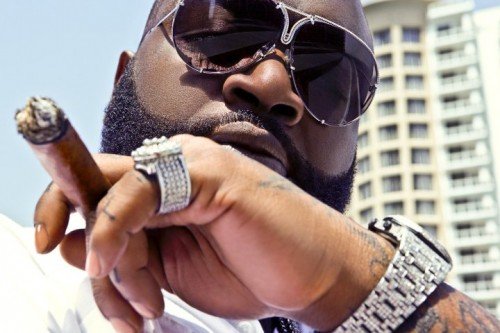 Rumors have been spinning that the “Hold Me Back” rapper was shot while in Fort Lauderdale, Florida. However, despite whatever motivation was behind the attack, it appears as though no one was injured in the encounter.

“It did occur in Ft. Lauderdale. He was NOT shot. He was shot at,” Fort Lauderdale Police tell Hollyscoop.

Police have yet to release an official statement, but the police department told HS they will be releasing one this afternoon.

“We are not confirming any of the identities just yet,” Detective Deanna Garcia tells HS. “I can tell you that there were shots fired but no one was injured.”

Another detective added: “They were heading eastbound on Las Olas Boulevard around 5 a.m.”

911 calls starting coming in around 5 a.m on Sunday relating to the incident.

According to local news outlet Local 10, Ross was said to be with a woman at the time. Ross was driving his Rolls Royce at the corner of Las Olas Blvd. and 15th Ave. A vehicle is said to have approached their car and fired multiple times at them. It is unclear who is responsible for the shooting.

Several witnesses of the scene have confirmed that it was, indeed, Ross in the car. He had been at LIV nightclub in Miami earlier in the night celebrating his birthday.