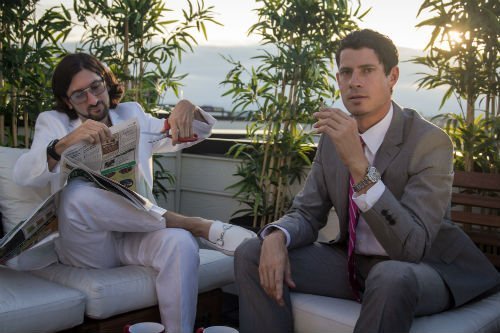 The Boulder, Colorado-based saxophonist/producer Dominic Lalli and drummer Jeremy Salken AKA electrifying duo Big Gigantic, share as a free download ‘Get On Up’, their latest sparklingly unique & refreshing dose of funk/Dubstep/house/hip-hop…Let’s get the funk dowwwwwn!!!

Here they talk about wedding bands, pizza delivering, making coffees and ‘Get On Up’…

Ok… Can you reveal 5 things we should know about Big Gigantic?

You’ve come a long way…From The Boulder, Colorado to Lollaplooza Argentina & Brazil and Governor’s Ball…What is your biggest dream?

We feel like we’re living our dream every day! We used to practice and just play in our basement so the fact that we get to do it for people is our dream coming true!!! We’re so fortunate to be living the dream! But maybe at this point… The dream would be playing on the moon or in space? Haha 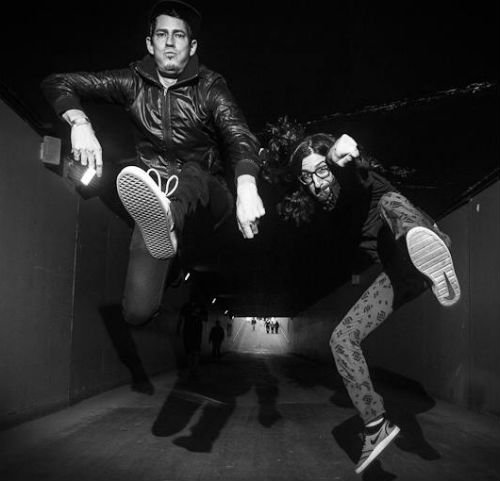 Why did you chose to release your new single ‘Get On Up’, as a free download?

We’ve released all of our music for free download since the beginning of Big Gigantic. We like to make sure our music goes out everywhere that people go to get music! It’s also on spotify, pandora, sound cloud, iTunes, google play, and like 50 other places. We try and cover all bases so no matter what, we’re there to listen to!

Can you tell us something about the single?

We listen to so many different kinds of music, constantly looking for inspiration from different styles. Back in the day when we would drive our car to shows, we would literally listen to classical music just to switch it up. There’s so much to learn from classical composers. It’s pretty incredible and keeps your brain stimulated!

Do you have any special or strange ritual before you go on stage?

Nothing too crazy just high fives!

Are you going to play live in the UK and Ireland?

We played in the UK last year but never Ireland. That would be awesome!

Whats next for you?

We’ve had time off to work on music and get things ready for Spring and Summer! We hit the road starting this weekend and we honestly don’t stop until… well I’m not sure when we stop! We’re booked like every weekend of the year! Haha

In case you missed it, check out their rather excellent 2014’s fifth studio album ‘The Night Is Young’.