BIFFY CLYRO have today confirmed their next tour, including a show in the Mandela Hall on Sunday 14th December, and tickets are on sale this Friday @ 9.00am. Biffy Clyro will release their long-awaited new single Mountains on Monday 25th August through 14th Floor Records.
The single will be the first new release from the band since the highly lauded Puzzle, which was released in June 2007, and like Puzzle, Mountains was produced by veteran producers Garth Richardson (Rage Against The Machine, Red Hot Chili Peppers), and mixed by Andy Wallace (Nirvana, At The Drive-In). 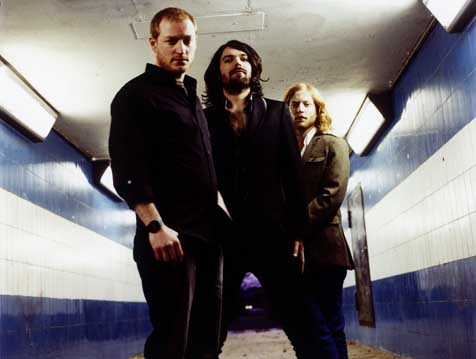 Mountains sees Biffy Clyro at their majestic best, coupling a gigantic chorus with their distinctive heavy and obtuse sound. The single will be a one-off release with the follow-up album to Puzzle expected in 2009.
BIFFY CLYRO
Plus Guests
MANDELA HALL
SUNDAY 14th DECEMBER
Tickets Â£18.50 (Over 18â€™s only)
Doors 7pm
Tickets go on sale THIS FRIDAY 8th August at 9am from Queenâ€™s University Student Union, Virgin & all usual Ticketmaster outlets
Credit card bookings & info: 0870 243 4455
Book online at wonderlandpromotions.co.uk / ticketmaster.ie