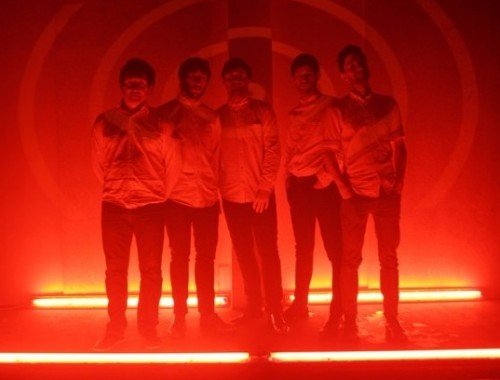 The band pairing with Jagz happened after he sent out a tweet saying “Why can’t band’s write good choruses anymore?”…The band responded with a demo of ‘Devils Highway’ and Jagz loved it. “If there was one producer we could all work with it would have been Jagz!” says the band.

BIBELOTS’ exciting contemporary British rock, with big choruses and plenty of swaggering self-assuredness, have been captivating audiences all over the UK with big beats, bluesy guitars and pulsating synths.

{Bibelot} (pr. Be-Belows) – definition: those things in life you don’t necessarily need but if you have them it makes it so much more interesting.