BeyoncÃ© has addressed rumours that she is expecting her first baby with hubby Jay-Z, claiming when she does fall pregnant, she hopes people “will be happy” for her.

The Single Ladies singer, who has been dogged with pregnancy rumours since she married Jigga, claims that she takes the baby reports “in her stride” and that false allegations are part of being famous.

Speaking at the screening on her new concert DVD, Queen B told our US team: “I mean, it’s a part of it. At this point they said I’ve been pregnant like eight times, so I’m kind of used to it,”

“I just hope that one day, when I decide to be pregnant that people are happy for me, ’cause I’m like gosh, like, everyone’s like, ‘Oh god, please! She’s been pregnant 100 times.'”

She added: “One day, hopefully, I will be. So whatever; it’s a part of being a celebrity, I guess.”

And the other R&B princess Rihanna has revealed that she could be pregnant in a year, after admitting that she is feeling broody.

The What’s My Name singer, who is currently dating baseball star Matt Kemp, claims that even though she has no baby plans at the moment, she hasn’t completely dismissed the idea of starting a family. 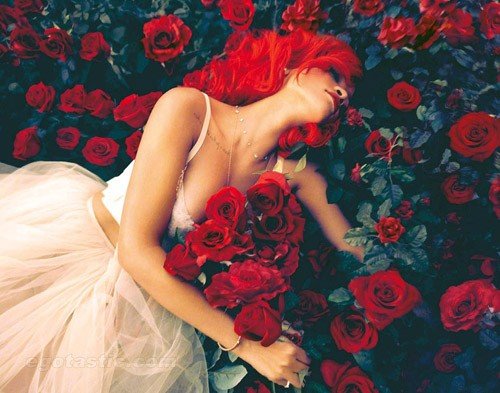 “I mean, I have a lot of other stuff to accomplish before I get to kids. Whenever the time is right, I’ll just know.”

She continued: “I would love to bring them up in Barbados. I can’t live that far away from everything now, without kids. So I certainly couldn’t raise kids and [have a career] with the demanding schedule that I have.”
mtv.co.uk