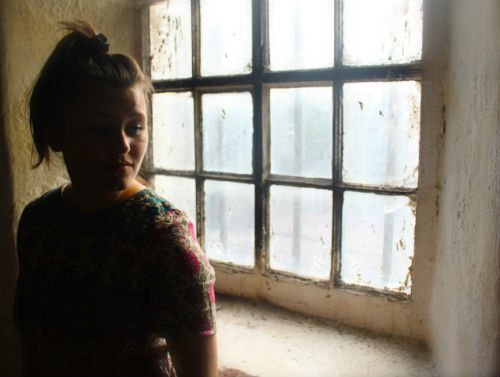 Aberdeen, Scotland’s Best Girl Athlete, aka Katie Buchan, releases her emotionally charged debut album ‘Carve Every Word’ on 2nd March 2015 via Fitlike Records. The album is released in the United States under the Minty Fresh label with a forthcoming American tour in support. At just 15 years old, Katie has dreams like any other teenager, but possesses a talent far beyond her tender years…

Hi Katie how are you?

Hi Fame Magazine, I’m not long finished some school exams so I am feeling mightily relieved! How are you?

I write and record with my dad and he has a lot of friends who are very talented musicians and who have lent their skills on this album and everyone brings something. I like to think Best Girl Athlete is pretty unique, but it’s along the lines of Indie-Pop I guess. There is a lot of acoustic guitar, floaty electric guitar, with nice harmonies and lush strings in the backdrop.

I really look up to other young female artists like Lorde and Gabrielle Aplin. I also love First Aid Kit and Highasakite, both Scandinavian bands with cool harmonies, bass lines and drums, both of their latest albums have been one’s that I’ve been listening to non-stop. Although I would love to create something as amazing, being original is really important to me. My dad probably brings a more folk element to what we do, which I think is a perfect blend. 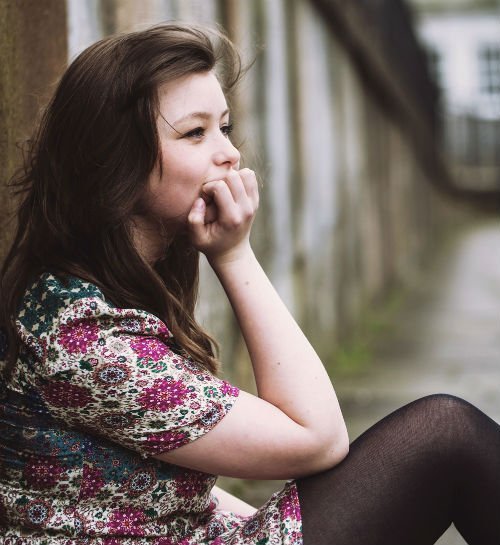 You’ve been picked up by Minty Fresh Records in the US, how did that come about?

It was through my dad, CS Buchan really. Minty Fresh had picked up on a song on his last album, which I sang on and they were interested in using it for a placement. That interest led to me working more with my dad and consequently an album was produced which Minty Fresh was really pleased with. There was never any sort of plan for this, it just seems to have happened!

In the UK you are releasing on your father, Charley Buchan’s label, Fit Like Records. How is it working with your dad?

It’s actually been really fun, and something that’s ended up giving us a really close relationship that we perhaps wouldn’t otherwise have had. It’s been really easy as well, because my dad is a really nice and genuine person so we get along really well.

You are due to release your debut album ‘Carve Every Word’. What are the themes contained in the record?

If anything, I think the album has a bit of a downbeat and melancholy feel to it overall, which was never intentional but works as a collection of songs. Sincerity is important to me and I picked the title as I really do believe if you are going to say something, you should mean it and I really hope this is reflected in the songs on the album. Having said that, one of the songs is about a hamster, but who says you can’t be sincere about a hamster!

How do you go about your songwriting process?

Usually I start off with an idea, a lyric, or a theme or chord sequence. From there, I have a play about with a guitar or try to write some lyrics and compose around them, then I have a think about what harmonies I can put onto the track and there we have it! Everything else is added once we have a recording of a basic track. I’ve recently written a song on mandolin, I like the challenge of a new instrument with different chord structures as it brings new ideas out of you. I write with my dad as well, which has been fun and I find that quite an easy process.

I would absolutely love to play with First Aid Kit, or Bernhoft, yet another Scandinavian artist that I’ve loved for a long time. Ever since I listened to his first few tracks on Solidarity Breaks, I’ve been really into his music. I actually supported Simone Felice last year and can’t imagine much else being any better than that was.

What can fans expect from a live Best Girl Athlete show?

Quite a bit of fun and some good music I would hope. Usually, either I or my dad will say something that will result in embarrassment for me, and whilst it’s never intentional, apparently it makes for good watching. All the music during a show is very sincere, because it means a lot to me that people enjoy themselves whilst watching Best Girl Athlete perform.

What are the plans for after the album release?

We are waiting to confirm having our album release in a beautiful cathedral in the old part of Aberdeen, which would be incredible. We have also been speaking about potentially doing a short European tour in April. Ultimately, we would like to go to the America to support the release over there and are also waiting to see what comes of that.