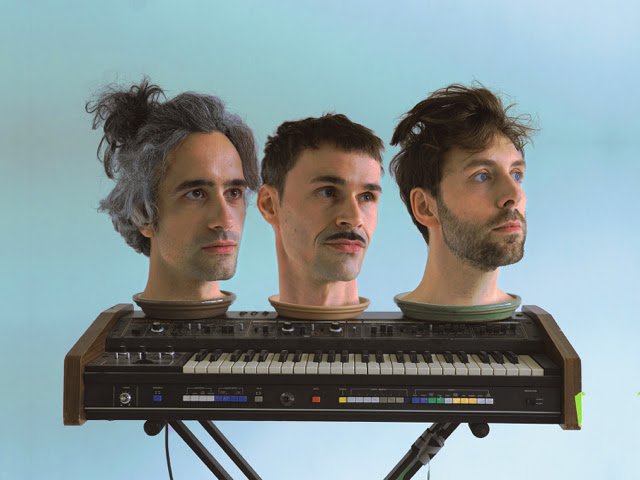 Berlin avant-pop trio Bodi Bill pre-empt the release of their forthcoming 2022 album ‘I Love U I Do’ with an exclusive EP drop this November in form of 3 tracker ‘Peruhu’ out through Sinnbus records.

The ‘Peruhu’ EP showcases yet another facet of the band’s impressive sonic arsenal. The songs for the EP came to fruition many years ago but it was only completed this year during the recording process for the upcoming album.

Lead singer Fenk details the track: “While writing and producing songs back then in our rehearsal space in a musty Berlin basement, I wasted countless thoughts on how great it could be to jog up and down the Andes, sweating into the mountains, seeing the jungle, and the people, the rocks and cliffs. And suddenly I was in possession of a plane ticket to Lima and completely confused. Apparently confused enough to track down the first version of this song just before I left.”

He goes on to add: “I love mountains, big mountains, the Andes: Peru, Bolivia, hardly a day goes by without longing… And besides that, this is of course a romantic song, about being in love in itself, not only about being in love with nature. Of course the song would not have become this beautiful without the drumming of Jörg Wähner (Apparat) and Tom’s tasteful Wurlitzer tones. So I am very glad that it took until now to finish it!”

The title track is accompanied by two B-sides. “Oh Oh Oh” derives from an older song idea as well, going back to a time when Fenk was drawing wolves all the time. He explains: “It’s more of an abstract wolf howling. Out of some wilderness, where somewhere deep in the frozen forest an airplane crashed, in an area so far away from anything, that nobody even bothers to go there.”

And finally, there’s “Requiem For The Reaper”, which has it’s origins somewhen in that period in between Bodi Bill and The Das. The recording also features founding member Alex Stolze, whose gentle violin textures gave the track just the right finishing touch.

Following a hiatus of seven years, Bodi Bill returned in 2019 with a series of acclaimed releases ‘Kiss Operator’, ‘What If’ and ‘Better Than Reality’, offering a continually evolving approach to their music. ‘Peruhu’, is the next new single release carving the path towards the band’s new album “I Love U I Do”.