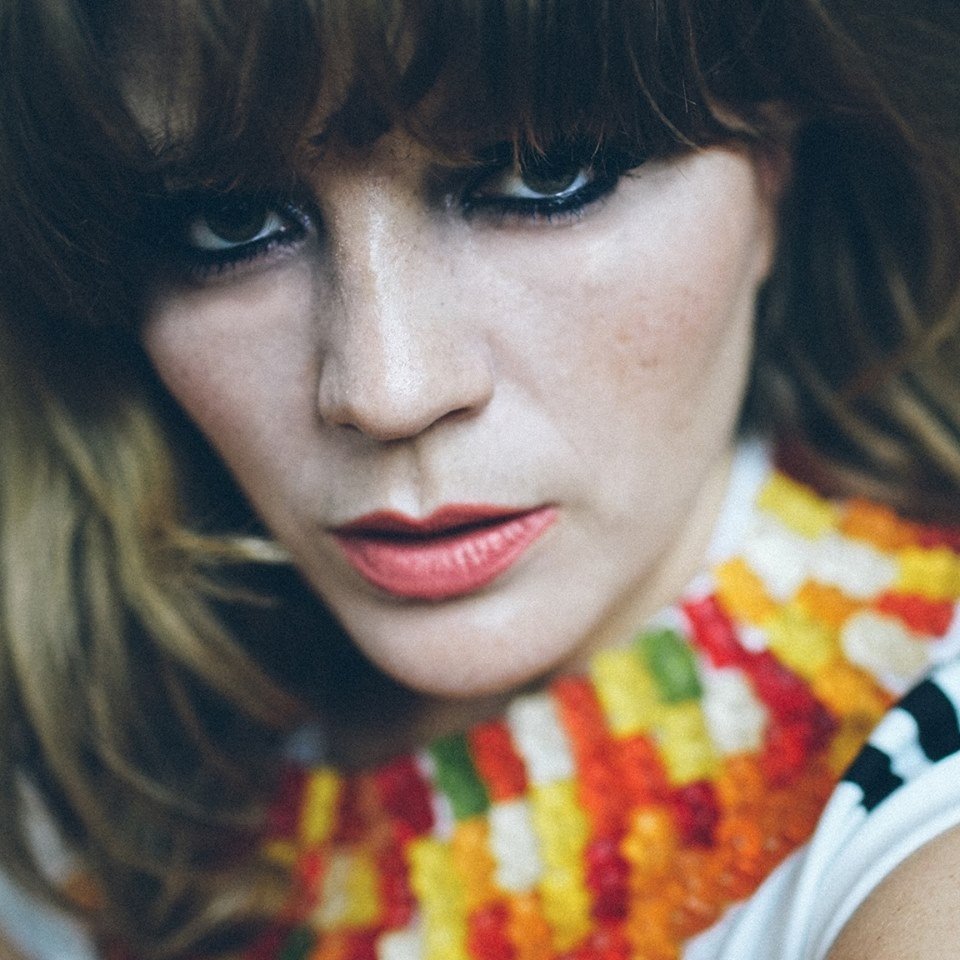 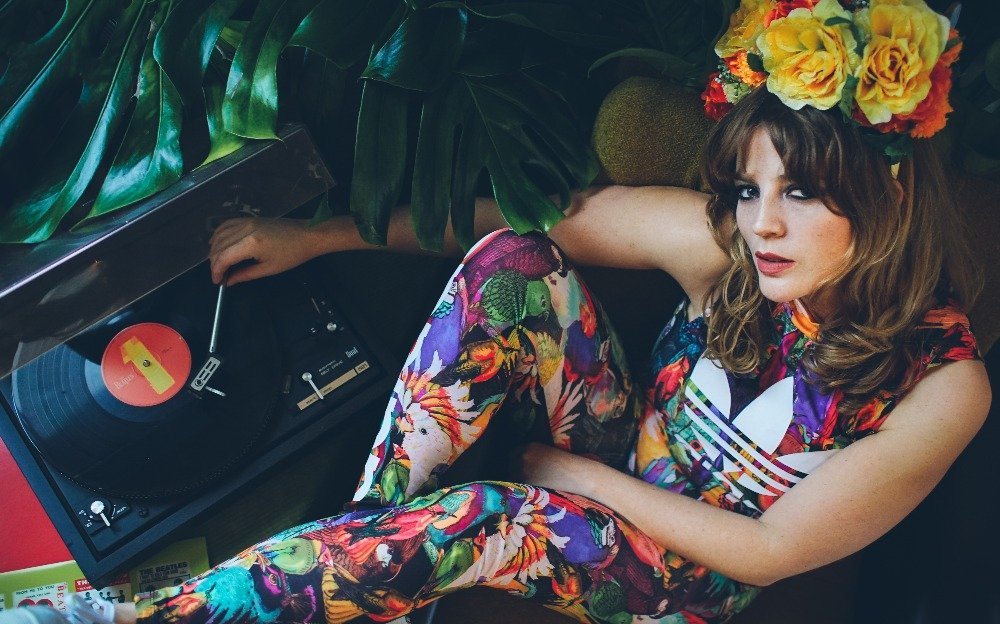 Inspired by Andy Warhol’s celebrated “…famous for 15 minutes” quote, ‘Strange’ (taken from her latest EP, ‘Ice Cream Dream’) has all the elements to intrigue and stimulate the electro-pop world…Berlin-based singer-songwriter Ay Wing adds to it, a rather clever video – a parody of 21st-century digital narcissism – featuring the singer dressed as various iconic movie characters, stereotyped by taking selfies…from Princess Leia to Morticia Addams to Uma Thurman’s Mia Wallace wielding the selfie stick at inopportune moments.

How are you today Ay?

First up…What’s the idea behind the video for Strange?

‘Strange’ tries to find humour in an age where many of our own identities seem based on an insta-filter and the right angle. I took my favourite female movie characters from different centuries that played before the social media age to mock the social media narcissism. 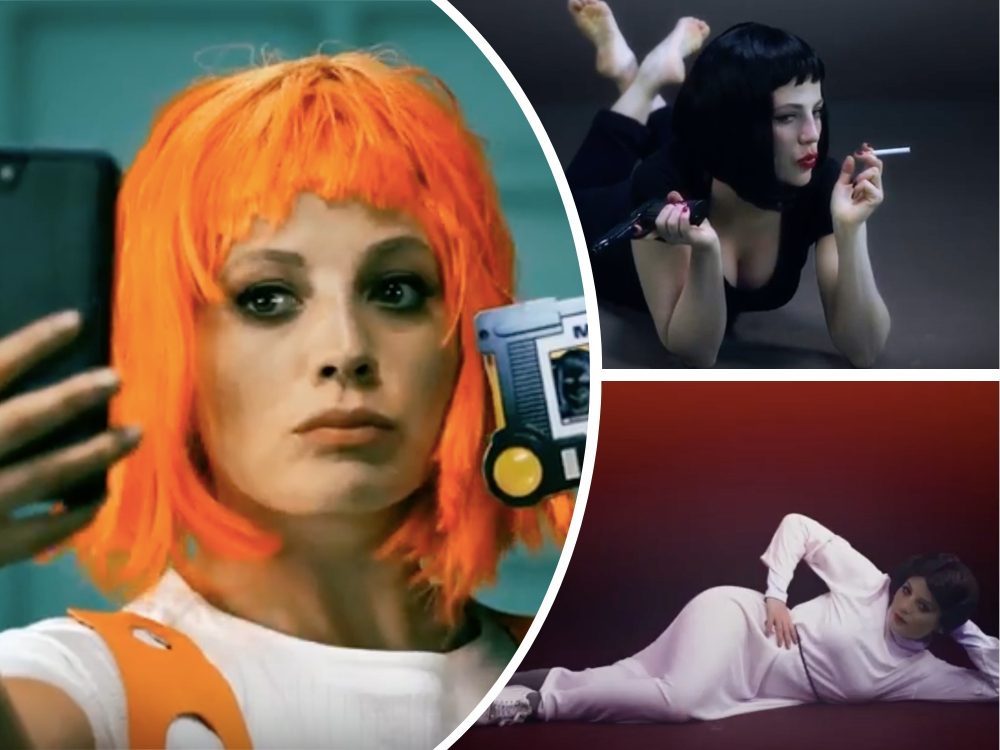 Was it fun for you to play so many iconic characters…

It was a lot of fun but also required some nerdy studies about each character (their movements and expressions). I had a good laugh with my team during the shoot. Yvonne Wrengler who did the make-up made me look like the characters which helped a lot to get into the role. I was surprised how well she could change my face with some make-up and wigs.

The first day was pretty intense, by the time we got to shoot Mia Wallace it was 1 am and I was so tired. But Josué Cifuentes (filmmaker) and Emily Josefine (director) kept me awake by doing the dance with me…

And Raphael Leupeu who played Thing T. (the hand that hovers over Morticia) and the dragon from Daenerys made me laugh a lot. He had to sweat underneath that mask…

Tell us everything we should know about your new EP, ‘Ice Cream Dream’

Well it’s an hommage about the things I love in life. Ice Cream is one of my favourite things. To keep me sane during recording times, me and my producer always went for ‘Ice Cream walks’ where we went to our favourite Ice Cream parlour in Berlin during breaks. ‘LA’ is actually my favourite track, I think it’s the most musical one and has a deeper message.

Mhm… that’s a difficult one. My ascendant says I’m gonna be a lion, but I guess I’m not that grounded yet. So maybe a monkey?

I would love to lie and say it was something tasteful like the Marshall Matters LP from Eminem, but I think the first one was probably a Britney Spears one…

What kind of music are you listening these days? So many things, so much good music out there.

I love Tame Impala, Unknown Mortal Orchestra, The Avalanches ,Portishead, Eminem, Jimi Hendrix, The Beatles… and many more…As you can see I don’t have a particular taste in music…

I’m playing at Klunkerkranich in Berlin on the 2nd of May for Berlinsessions. I love this venue, it’s on top of a Mall in Neukölln and you have a nice view over Berlin.

I’m planning to release another EP , Videos and I’m playing some shows again in the UK, France, Germany and Switzerland. I’m excited…

‘Strange’ is taken from her latest EP, ‘Ice Cream Dream’.