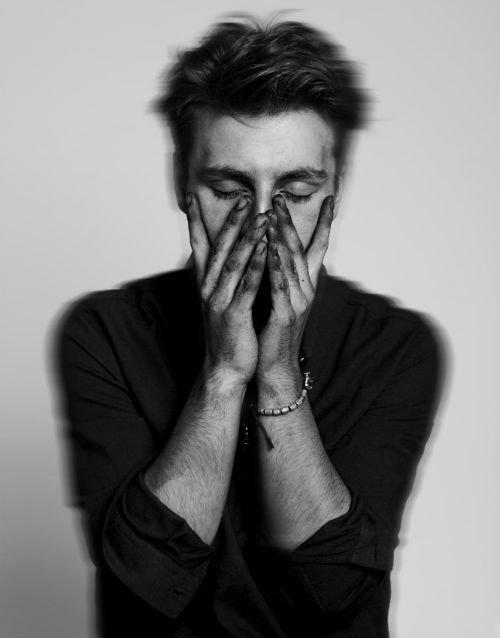 Benjamin Yellowitz is no ordinary singer/songwriter and his latest single ‘Ash Wednesday’ is as far from milquetoast indie-folk as you can possibly get.

As well as an accomplished performer and writer, Benjamin is also a talented producer, and there are signature audio tweaks littered through the single that owe more than a nod to techniques traditionally used in dance tracks.

Unsurprisingly, given the single’s name, there’s a slight religious undercurrent to the track not only in the lyrics, but the in the song’s structure where the verse gradually builds up to the ecstatic release of the chorus, with multilayered vocals creating a choral effect.

We don’t think Benjamin is trying to sell us on Jesus – more an experiential account of his time with the church, giving repeated lyrics such ‘I’d love to say that I turned out fine, I’d love to say that I got rid of the Devil in my mind’ a sinister weight – the two statements are never really finished, leaving them hanging over the listener.

A powerful single and a great introduction to Benjamin Yellowitz’ talent, ‘Ash Wednesday’ leaves us hungry for his next release.

Hey Jonny! I am a singer/songwriter from Birmingham, currently based in London. I produce my own music and have just reached the age of 23, do I need to mention my age now? I forget that no one really cares past 21!

Obviously I love music, I love films, cycling and the city, I am a city boy through and through (though currently sitting in a semi-country-side town on the outskirts of Leeds and not missing London a single bit)!

Tell us what Ash Wednesday is about?

Ash Wednesday is about my experience growing up through the different religious schools I went to. I didn’t have a rough time or anything, but it introduces something in to an easily influenced mind, its about that. 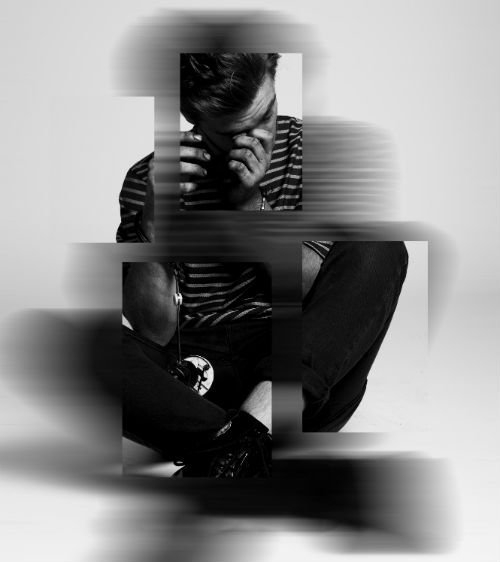 It’s a very interesting sound, what would you say you’re influenced by musically?

I’ve been influenced by so many different genres, I played in Indie, Metal, Jazz and Pop bands throughout my teens so not only have been influenced by music I listen to – Tracy Chapman, Marvin Gaye, Ben Howard, Fink and James Blake, but also by the brilliant musicians that I have had the opportunity to play with!

What marks you out as different from other singer songwriters?

The term singer/songwriter doesn’t really suit me I guess. Although I play guitar and sing, I make the beats, play the synths when I produce my music. I’m not really sure Acoustic, Bluesy, Alternative, RnB fit in to the ‘Singer/Songwriter’ vibe, it’s a complete melting pot.

After the single, what do you have coming up next?

The single is an introduction to my EP, I call it an EP but at 8 tracks it’s more of a mini-album I guess!! We are currently touring the UK and then cross the channel to play all over Europe. There are also music videos, short films, a Sofar Session, BBC Introducing, festivals and many more gigs to come!!

What can gig goers expect from your live performances?

I have always found it hard to meet my recorded sound to my live sound, but now that I am joined by three incredible musicians on stage – Terry Downs, Josh Fowley and Hilda Sibeck, the live sound is complete. You can expect a raw, emotive performance, harmonies, clever rhythms and some smooth, swelling grooves.

The stage is what I enjoy the most about being a musician, I get so claustrophobic in the studio, and now I get to release all that energy when performing live!

What have been your biggest supports to date?

I recently supported Timothy Bloom at The Jazz Cafe in London, it was a brilliant experience, he is a great guy!! I also supported one of my favourite producer/musicians – Bonobo, when I was drumming for Lizzy Parks.

Tell us about your best and worst live experiences?

To be honest, I can’t remember any really bad moments, I am unbelievably clumsy though! I’ve spilt drinks on my stage equipment every night so far on this tour, knocked over Josh’s cymbal just two nights ago in Birmingham (not in a cool fury of rock and roll fashion either) and have broken almost an entire guitars worth of strings now!

The best has got to be some of my headline support slots at festivals in Italy. I frequently get thrown on stage before big headline acts like Dub FX to keep the crowd entertained whilst they set-up, the people out there are so welcoming and ready to listen to new music – its a terrifying but totally exhilarating!