The Campari Calendar 2011 starring Oscar winning actor Benicio Del Toro has been unveiled in Milan. Puerto Rican born Del Toro is the first ever man to star in the iconic series of Campari Calendars, in this 12th edition. 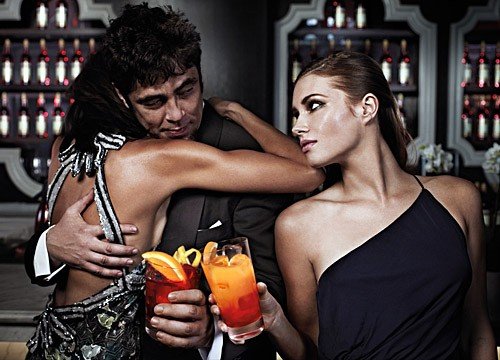 Entitled The Red Affair, the Calendar tells the intriguing story of a charismatic art connoisseur, Del Toro, who receives a mysterious message setting him on a fascinating adventure to discover its meaning, crack a ring of illegal art dealers and rescue a beautiful woman.

For the 12th edition Campari has taken a unique approach to the Calendar, taking inspiration from the power of cinema. 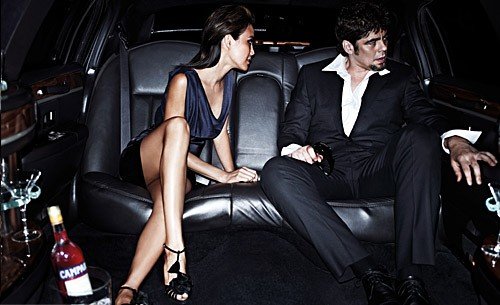 The Red Affair seeks to capture the audience through an engaging and intriguing cinematic story told through a series of photographs.

In order to achieve this through still images alone Campari wanted a lead actor to star alongside the Red Drink who could bring as much passion and authenticity to an image as they do to film, and found this in Benicio Del Toro. 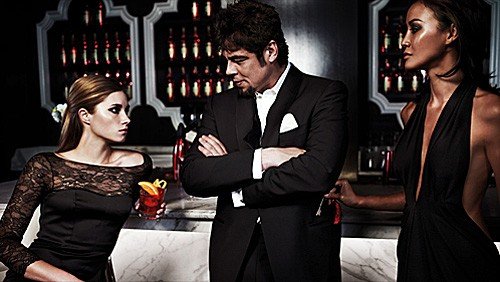 He has created a cinematic feel by capturing the action moments of both drama and intimacy as it unfolds. 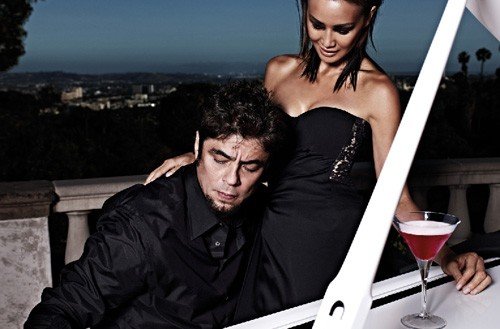 In its 150th anniversary year Campari has chosen to make a break with more than a decade of tradition by choosing to introduce a male lead to the Campari Calendar for the first time.

Del Toro becomes the first ever Campari Man, taking on the lead role previously held by some of the world’s most beautiful women, including the 2010 star, Quantum of Solace Bond girl, Olga Kurylenko, Salma Hayek, Eva Mendes and Jessica Alba.