A decade is a long time in musicâ€¦.Or so it seems in an age that has become obsessed with quick fixes, micro attention spans and a revolving door of bestnewbandever shouts from the rooftops. 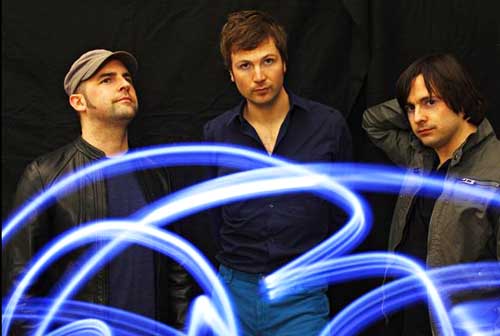 But as the world lurches from one crisis to another and a flailing music industry struggles to find its feet on the slippery ice of technological innovations one thing is becoming as clear as crystalâ€¦Quality will out! 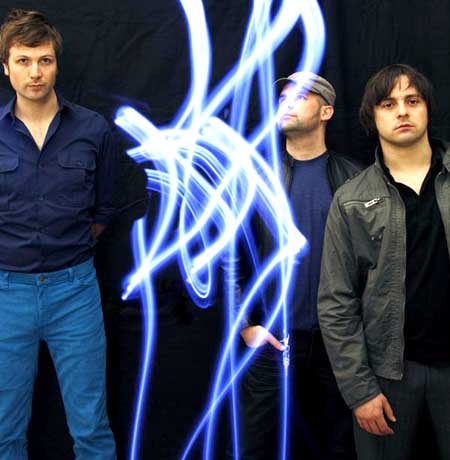 Steering clear of the fashionable chase after short-lived fashions in music Bell X1 have instead concentrated on developing their own shape, form and flavour of music. Theirs is a coherent patchwork quilt of influences and innovation. They combine richly visual tunes with lyrical vignettes that stitch together modern and traditional phraseology riddled with contemporary references. As Irelandâ€™s Bell X1 release their 4th studio album, Blue Lights On The Runway, internationally they look set to reap the rewards of close on a decade well-spent.The ten songs on Blue Lights On The Runway are Bell X1 at their best. They feed on the experience of a topsy turvy ride that has seen the band emerge stronger and more ready to take on the world than anyone could have thought possible.

Having made music together in various guises since the early 90s, Kildare schoolfriends Paul Noonan, Dave Geraghty, Dominic Phillips and Brian Crosby (who recently departed the band to pursue his passion for production work and writing soundtracks) communed under the name Bell X1 to release their debut album for Island Records, Neither Am I, in 2000. Three years of touring and writing brought itâ€™s successor, Music In Mouth, and the beginning of the bandâ€™s inexorable rise in their home country as well as an invaluable foundation around Europe. 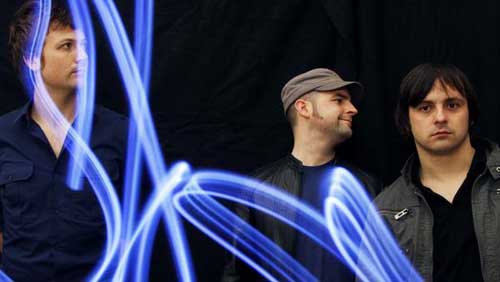 The tail-end of 2005 saw the band release their 3rd album, Flock, which exploded in Ireland with multi-platinum sales and sold out shows in the countryâ€™s biggest venues. At the beginning of 2007 the band parted company with Island/Universal and, that summer, went it alone with a highly successful Live CD / DVD package, Tour De Flock, on their own label (BellyUp Records) that captured them at a pivotal point in their career.

The next 12 months centred around the band setting out their stall internationally. They secured a North American deal with the Yep Roc label and, with their customarily emboldened live band, squeezed in four tours of the US (picking up key TV slots on everything from The Letterman Show and Conan Oâ€™Brien to Craig Ferguson and the CW1 Morning Show as well as seeing their music used on Greyâ€™s Anatomy and One Tree Hill). Meanwhile they continued to consolidate their position in Europe with ever more successful headline shows and sold out tours across the continent.

And now itâ€™s all to play for! With a simultaneous worldwide release in place for Blue Lights On The Runway only one question remains: Is the world finally ready for Bell X1?!