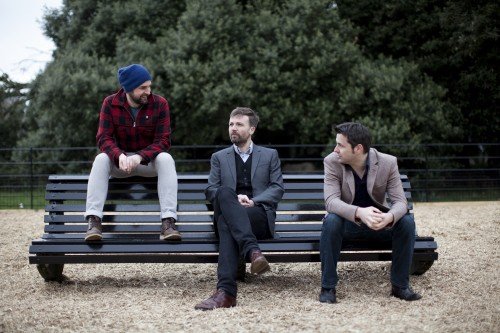 Bell X1 return with new album ‘Chop Chop’, produced by Peter Katis. Listen to their beautiful and haunting tracks ‘Starlings Over Brighton Pier’ and ‘Careful What You Wish For’, taken from the album released on July 1st on Belly Up Records.

“From the moment I heard demos, I knew this was a special batch of songs, nestled in the sweet spot between wistfulness and joy,” explains Thomas Bartlett, who oversaw Bell X1’s sixth album alongside the National’s longtime producer (Peter Katis).

“The challenge was in making the songs rich and robust without losing the fragility and intimacy that made them so striking in the first place.”

Noonan explains: “I had seen Thomas play a few times with The Gloaming, and was really struck by what he brought to what I suppose is an Irish traditional music supergroup—less yellowing pints of stout in harsh light, more velvet furnishings and fine wine and the skill with which Peter places elements in the mix is truly a marvel. He made us feel like he was as invested in this as we are.”

“We returned to simpler times,” adds Noonan, “when all around here was fields. Shrink the palette, you know? Chop chop!”