The Flaming Lips make their eagerly anticipated first ever headline appearance in Northern Ireland, bringing their highly acclaimed live show to Belfast on Monday 11 August. The legendary US band’s exclusive Irish performance for summer 2008 is the first to be confirmed for the cityâ€™s newest outdoor music event, BELSONIC.

Taking place in the convenient urban setting of Belfastâ€™s Custom House Square, BELSONIC will be a series of very special one day events bringing the best in music to the heart of the city.

Tickets for The Flaming Lips at BELSONIC will go on sale at belsonic.com at 9.00am on Monday 12th May. 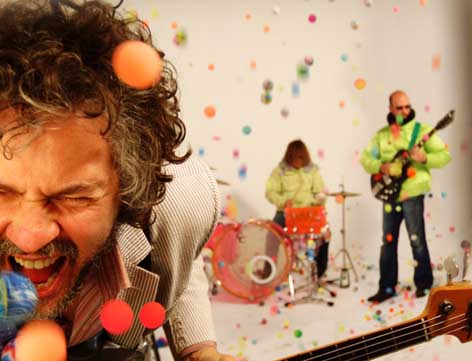 Praised for their elaborate theatrical live shows, The Flaming Lips were hailed recently as one of the “50 Bands to See Before You Die” by Q magazine.

The award winning and multi platinum selling alternative rock experimentalists have won rave reviews for their exciting and attention grabbing performances at major festivals worldwide in recent years, and their appearance in such intimate surroundings represents a major coup for the BELSONIC event.

The Flaming Lips formed in 1983 and are known for their lush, multi-layered, psychedelic arrangements. Always critic’s favourites, the band achieved international commercial success through 1999â€™s The Soft Bulletin, 2002â€™s Yoshimi Battles the Pink Robots, and most recently 2006â€™s At War with the Mystics. Last year, the band released their first live concert DVD of a hometown concert, UFO’s at the Zoo: The Legendary Concert in Oklahoma City.

This year will see the release of the already fabled Christmas on Mars, the forthcoming science fiction feature film from the Flaming Lips. In development since 2001, the film is scheduled to premiere on May 25th at the Sasquatch! Music Festival in the USA. A Belfast showing is likely around the date of the live appearance at Custom House Square 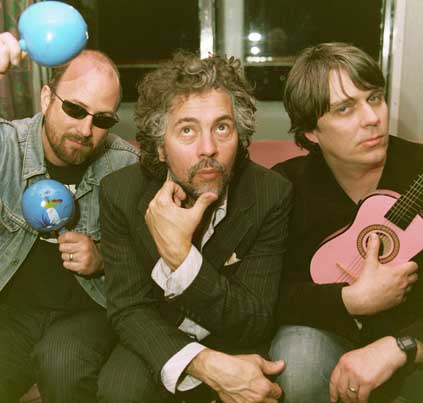 BELSONIC is the new Belfast music event which will host The Flaming Lips and many other major artists this August. An exciting addition to the local calendar, it will comprise a series of one day events combining established names with the hottest emerging talent. Happening during the first half of August, it will bring something unique to the summer season in Northern Ireland.

Each BELSONIC show will be a multi artist presentation, with a festival feel, taking place in the old historic city centre alongside the vibrant Cathedral Quarter area. The concert site is overlooked by a number of landmarks including the historic Albert Clock and Custom House Building itself, and is set side by side with the newly emerging skyline of the regenerating Belfast.

The central location provides for easy access to parking and public transport; the Cathedral Quarterâ€™s bustling streets surround; and the bars and restaurants of the entire city centre are just minutes away.

BELSONIC will provide drinks, food and other quality services within the square each evening.

Ticket sales may be subject to service and/or postage charges.

Tickets purchased at the Stiff Kitten will be at face value.

*BELSONIC is subject to license