Northern Ireland’s leading fashion event, West Coast Cooler FASHIONWEEK, is back this spring with an exciting five day schedule of runway shows and chic events which will kick off on Wednesday 09 March 2011. 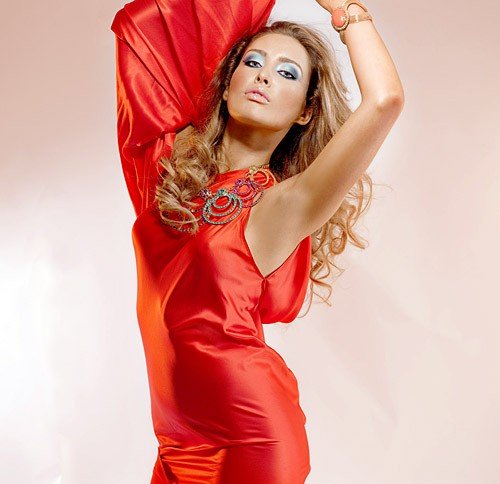 Organiser Cathy Martin said: We are so excited about our eleventh season and are absolutely delighted to announce Miss Universe Ireland, Roz Purcell, as the face of this year’s West Coast Cooler FASHIONWEEK we hope you will be as wowed by our campaign as we were! This season is all about colour, fun and glamour, and we are looking forward to welcoming our audience back for another wonderful event.

Following on from the success of last season, the multi-award-winning fashion extravaganza will once again open in Victoria Square’s underground car park with not one, but two, show stopping catwalk showcases.

Anchor tenant, House of Fraser, will launch their spring/summer 2011 collection in an early evening show featuring the hottest trends from brands such as Therapy, Untold, Linea, Label Lab and the iconic Biba among others.

And at 8pm it’s the turn of Victoria Square’s other top stores, including Cruise, Reiss, Ted Baker and Urban Outfitters, to take their new season’s looks to the runway. 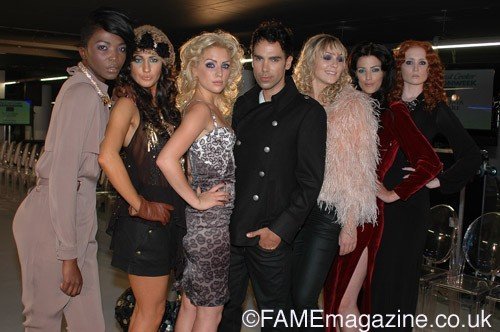 Michelle Jackson, store manager at House of Fraser said: Although we have done lots of smaller shows in-store and taken part in many fashion events, this show will be our biggest ever standalone fashion show since opening in March 2008. Audiences can expect to see around eighty looks from across all our brands.

And we’ll even be selling a limited number of tickets to our show in-store. With our expert styling and personal shopper team, we’ll be sure to really wow our customers. Lindsey Loughlin, marketing manager at Victoria Square, added: Our stores are looking forward to another sell-out show in the car park. For those who didn’t make it last season, it was a huge success with the audiences and so we’re delighted to take part again.

On Thursday 10 March, the catwalk moves to the Europa FASHIONWEEK centre in Glengall Street, where a night of designer delights follows. Local design talents Una Rodden, Grainne Maher, Zoe Boomer and Lizzie Agnew will showcase their collections alongside the region’s top boutiques such as SarahJane Boutique in Magherafelt, The Boudoir Dungannon and Candy Plum in Hillsborough.

Two of the Lisburn Road’s top stores, Jourdan and Blush will also take their designers to the runway where one of the highlights will be when X Factor judge Dannii Minogue’s Project D collection makes its catwalk debut in Ireland as part Blush’s showcase. Eye candy will be provided courtesy of online store, The Undie Factory, who will have a sexy and stylish range of men’s underwear on show.

The high street night on Friday 11 March will showcase a mixture of stores from French Connection and Exhibit to Lipsy and Hot Diamonds as well as selection from CastleCourt stores including Miss Selfridge, New Look, Dorothy Perkins and Designers at Debenhams. Tempest, who will join these high street leaders, will also be taking some of their top brands such as A Wear, Mango, Oasis and Warehouse to the catwalk.

The extravaganza will reach a very fashionable finale on Sunday 13 March with three chic events. For the fashion lover dedicated to upcycled and previously loved items, The Fashion Souk, Belfast’s monthly fair-fashion market, will relocate to the Europa FASHIONWEEK centre for one day only as part of FASHIONWEEK.

And for those who want a more intimate ending to the week, James Street South restaurant will be hosting the popular Style Sunday event on Sunday 13 March – a glamorous three course gourmet luncheon accompanied by trend forecasts and seasonal style tips from some of the country’s top style experts.

The finale Sunday also plays host to FASHIONWEEK hair partner Schwarzkopf’s Essentials Looks Tour with some of the UK and Ireland’s top hairdressers, including our very own Paul Stafford, who will also be looking after the models hair at the designer night’s show.

Other Schwarzkopf salons including Denise McCluskey’s Michele International in the city centre, will also take to the FASHIONWEEK runway, working the models hair for the Victoria Square shows; while Hair Traffic will showcase on the high street night. All of these salons will also produce a spectacular finale hair show at the end of each of the main catwalk shows and provide Schwarzkopf products for every audience member.

Brendan Thompson from Schwarzkopf said We are thrilled to be partnered with FASHIONWEEK this season. Schwarzkopf is all about creativity and keeping ahead of the trends. Our finale hair shows will each have their own theme that will leave the audience blown away by the imaginations and talents of our top stylists.

Throughout the week, breast cancer charity Pretty in Pink will collect funds at all shows to support women who need to feel better about themselves after undergoing debilitating breast cancer surgery or treatment.

Show tickets (£12, or £20 for a limited number of exclusive front row seats) are available from the Belfast Welcome Centre on 028 9024 6609 or via links on the official website www.belfastfashionweek.com.