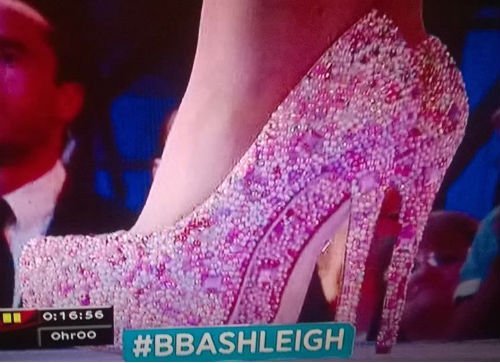 A BELFAST designer has had her work catapulted into the spotlight after Northern Ireland model Ashleigh Coyle wore her specially made shoes into the Big Brother House. Kerry Kington, 27, from Newtownabbey designs special occasion footwear and is best known for her bejeweled and sparkling one-off shoes. 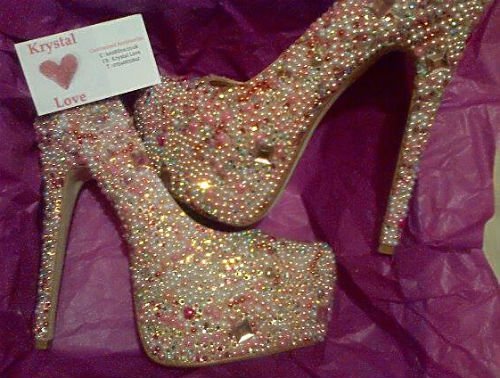 Best known on the local fashion scene as Krystal Love Designs Kerry works on her creations part time, juggling her designing around being an onboard service crew member at Stena Line.

Speaking of Ashleigh’s entrance to the house Kerry said: “I met Ashleigh first at the Merchant Hotel teas when she wore my shoes on the catwalk and then contacted me to design her a pair. 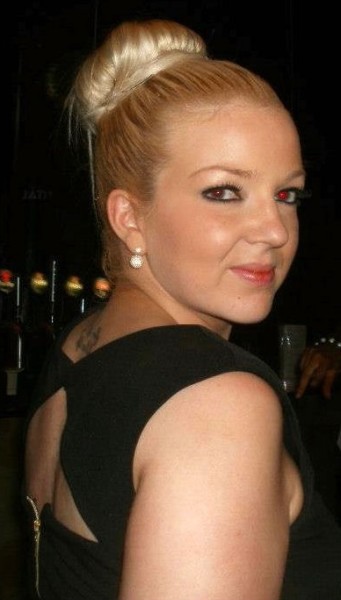 She had them made for her 18th birthday but I had no idea she was planning on wearing them into the Big Brother house.”

Kerry has been designing shoes now for just over two years and says she spends every spare waking hour working on her orders.

She said: “I just love creating the heels. It’s a three step process. First I meet with the client and listen to all their ideas to get a really good idea of their perfect shoes.

Then I get the designs in my mind down and try different styles until it’s perfect and then I make them. I work full time so I often spend hours in the evening making the shoes and all night if needs be, in fact I have so many orders at the minute I’ve had to ask people to start placing them for next month instead.

I really love the whole process of making the shoes and seeing how thrilled my customers are when they wear them for the first time, especially wedding shoes. It’s so nice to be a part of someones special day that way.”

Kerry customizes each pair of shoes herself and often spends hours searching for and sourcing her materials.

She said: “I make all the designs myself and if someone requests totally something out there I will spend hours searching for the right materials as I only use the best sourced and sometimes if that means having them sent from Morocco then that’s what I do.” 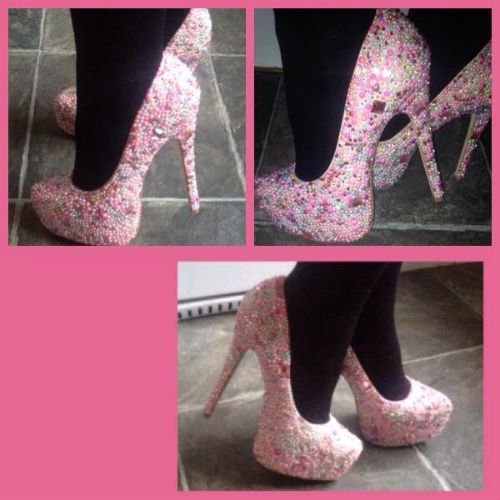 “I have showcased at fashion events a few times now in Belfast Fashion Week and the Merchant Teas for local fashion designers. One of the reasons I began designing was because I hurt my back and I wanted to do something rather than just lie in bed. I believe everyone should own their very own one-off pair of designer shoes.”

Kerry now hopes that with people like Ashleigh wearing her designs that she will be able to expand her business in the future. But for now she’s dealing with all the enquiries she’s had from people who seen her shoes on national TV.

She said: “I still can’t believe I saw Ashleigh wearing the shoes, I didn’t even know she was wearing them and missed her going into the house so I had to watch on catch up.”