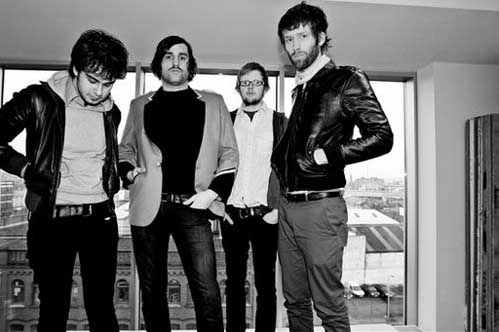 Panama kings new single â€˜Golden Recruitâ€™ is due for release on May 11th by Broken Sound Music on download and special limited 10â€ white vinyl. This is the start of a great 2009 for Panamakings, they will be supporting Duke Special and The Virgins around Ireland in spring, and have been confirmed for Great Escape and Hinterland festivals and just been added to the BBC 6 Music Playlist. If this is not enough the last single â€˜Childrenâ€™ is officially the 3rd best song from N.Ireland in the past 5 years as voted by the readers of AU

Alternative Ulster Magazine and were earmarked as a â€˜Hot new band for 2009â€™ in Hot Press and State Magazine. The official singles launch is in The Limelight on Wednesday 27th May, with special guests Two Door Cinema Club.