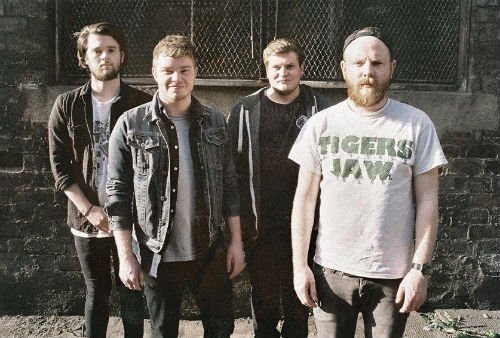 Bear Arms is an interesting name. How did that come about?

It basically came from the Family Guy joke on the pun ‘To Bear Arms’.

Just like most bands we had that awkward situation where everyone throws in suggestions and you try to get something everyone likes and this seemed to be the only one we could all agree on. In retrospect we maybe should’ve opted for something that wouldn’t attract any gun nuts.

I assume that none of the band actually have Bear Arms? This would compromise the ability to play instruments surely? Except drums obviously.

Haha, thankfully we do not.

You have just released ‘Courage’ and it has received a great response. Is this track representative of your sound?

Arguably it’s one of the heavier songs from the album however it still has our sound to it. It’s actually the album opener and we thought it was the best song for a first release to grab people’s attention. 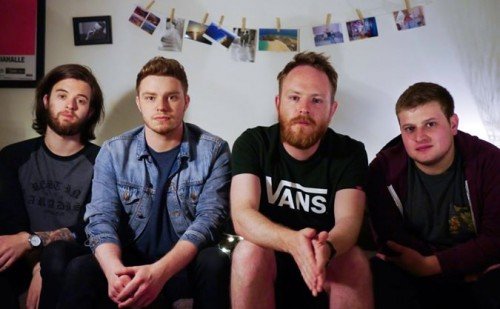 Where does your sound fit in today’s market?

We play heavy music with pop hooks taking influences from the bands we grew up listening to (Alexisonfire, Fightstar, Thrice, Biffy Clyro) In terms of today’s market I’d like to think that we have our own twist on this.

You have been compared to the like of Glassjaw, Thursday and Biffy Clyro. Quite illustrious company how does this make you feel?

It feels great! These are all bands that have shaped our music tastes so to see our name next to them is a nice reminder that we’re playing music that’s honest to what we like.

You have been praised for your live performance. What can people expect from a Bear Arms concert?

We like to play a tight set but we also like to have fun. We always try and do a good mix of new songs and singles that people are more likely to know and sing along to. We just try and keep it energetic and upbeat.

You have stated that Funeral For Friend were big influences on you and you ended up supporting them. That must have been a dream come true?

It really was. Sharing a stage with them was one of the biggest highlights of our band so far.

How did the recording and writing process work for your forthcoming album ‘Strength and Conviction’?

Since our drummer Dean joined the band two years ago we’ve been writing songs for our debut album. It hasn’t felt like 2 years of work but when I consciously think of the how some of the songs started, some just a riff or an idea then it feels a lot more like a journey. When we finished up in the studio we had 15 tracks finished and we chose what we felt were the best 10 for the album.

What can we expect from Bear Arms for the rest of 2014?

Once we release the album in October we’ll be playing a run of shows throughout the UK. We’ll also be playing a few local shows up until the end of the year as well.