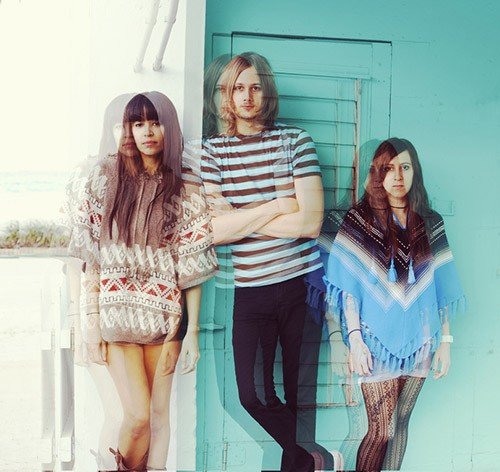 Hollywood, Florida based trio (Kimmy, Natalie and Skyle) present the video for ‘Boys’. The track is taken from their debut album ‘Trip Trap Attack’, due for release on 17th June 2013 via Kanine Records.

The video doesn’t rely on gimmicks, side stories or even fancy colors to draw you in. The South Florida trio re-teamed with director Michael Ruiz-Unger (whom directed the band’s video for “Beach Day”) to capture an intimate look at the band.

Filmed during the day at Miami’s Grand Central venue, the stripped down video feels like a taping of a private concert – except it’s Beach Day – a band that is purely about fun and making music without pretense.

Their sound is an embodiment of their surroundings and love of 60’s girl groups…the soundtrack for your perfect Beach Day.