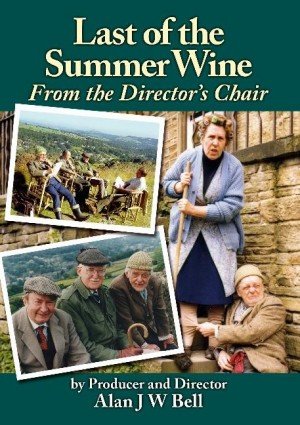 Last of the Summer Wine is the longest running TV comedy series in history, and it was unceremoniously cancelled by sending an email to Bell “to make room for younger talent”.

The young and relatively inexperienced executive who cancelled the programme had only been with the BBC a short time, before moving to Channel 4 only weeks after destroying the nation’s favourite comedy show.

“The industry is filled with musical-chair executives interested only in their careers and exorbitant pay”, Bell claims. “They have no loyalty to the BBC or interest in its audience”.

Bell goes on to claim in his book that some executives and members of the BBC Trust are shareholders in production companies that enjoy a considerable income through BBC commissions. “Wow! What a game!”, Bell
exclaims.

There is still considerable pressure for the BBC to bring the series back . When the show was cancelled, the BBC had to set up a dedicated phone phone line to deal with the thousands of complaints.

Last Of The Summer Wine – From The Director’s Chair by Alan J W Bell is published by Tomahawk Press.