From the producers of Batman Begins and the forthcoming highly anticipated Dark Knight cinema release comes the groundbreaking interpretation of Batmanâ€™s transformation from beginner to Dark Knight. BATMAN GOTHAM KNIGHT will be released to own on DVD and Blu-ray on 14 July from Warner Home Video.

BATMAN GOTHAM KNIGHT is a fresh and exciting new entry into the Batman mythos, spinning out of a 40-year history in animation. Six standalone chapters, each with stylish art from some of the worldâ€™s greatest animation visionaries, weave together into a larger story spanning the globe and pit Batman against the fearsome Scarecrow and two villains heâ€™s never faced before: the freakish Killer Croc and the unerring marksman known as Deadshot. 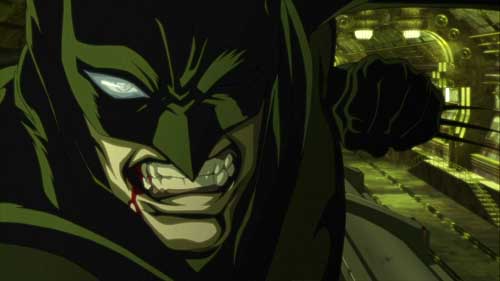 A host of stars have been lined up to provide the voices for the characters including Kevin Conroy who reprises his Batman/Bruce Wayne role from the animated series, Gary Dourdan (CSI), David McCallum (The Man from U.N.C.L.E.) and Parminder Nagra (ER, Bend it Like Beckham).

Much as The Animatrix whipped up interest in the anime genre between the Matrix films, now Gotham Knight does the same for Batman prior to the release of The Dark Knight.