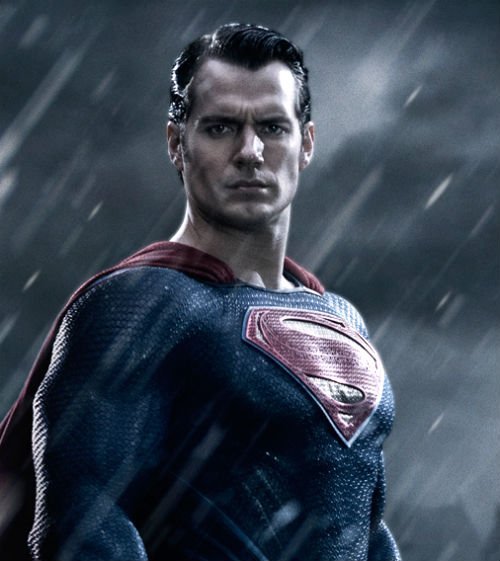 For all the Man of Steel fans, here’s the first official first look image of British actor Henry Cavill as Superman in the upcoming Batman v Superman: Dawn of Justice, set to open worldwide on May 6, 2016. The iconic superhero strikes a moody image standing on a rainy rooftop, with a dark city skyline looming in the background… 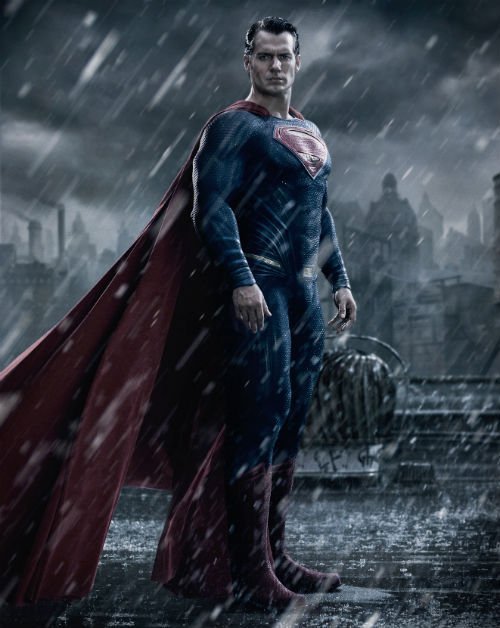 “Batman v Superman: Dawn of Justice,” is the highly anticipated action adventure from director Zack Snyder, starring Henry Cavill in the role of Clark Kent/Superman, Ben Affleck as Bruce Wayne/Batman and Gal Gadot as Diana Prince/Wonder Woman, with Amy Adams, Laurence Fishburne and Diane Lane returning from “Man of Steel,” Jesse Eisenberg as Lex Luthor, Jeremy Irons as Alfred, and Holly Hunter in a role newly created for the film.

Director Zack Snyder told USA Today said: “I was in no rush to put Batman in the movie…But on the other hand, it seemed organic the way our story was unfolding to start to feather him in.” On Ben Affleck’s Batman taking on the Caped Crusader, Snyder says: “It’s cooler to see a crusty old Batman beating the snot out of guys,” And on Wonder Woman Gal Gadot he adds: “She’s working out and getting buff and ripped.”

Principal photography will take place on location at Michigan Motion Picture Studios and on location in and around Detroit, Michigan; Illinois; Africa; and the South Pacific.