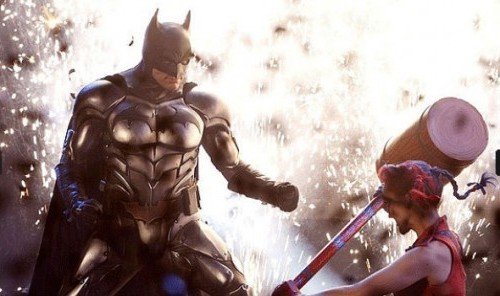 Faithfully adapted from the DC Comics characters and stories, BATMAN LIVE focuses on Robin’s quest for justice, which leads him to follow in the footsteps of his hero, the mysterious vigilante known as the Batman – much to the dismay of his protective guardian, millionaire Bruce Wayne – who secretly happens to be Batman.This dynamic triangle resolves itself in a non-stop thrill-ride across Gotham City that transforms Bruce Wayne and Dick Grayson into the legendary crime-fighters Batman and Robin and transports the audience from the Big Top of Haly’s Circus to the lower depths of Arkham Asylum – from the glittering peaks of the Penguin’s Iceberg Lounge to the subterranean wonders that await inside the Batcave, which features a revolutionary, all-new Batmobile designed exclusively for BATMAN LIVE.

A dazzling celebration of storytelling and stagecraft, BATMAN LIVE is at its heart an affecting coming of age story. Bruce Wayne and Dick Grayson – both orphaned at an early age – must first learn to overcome their own fears and forge their own family – along with Police Commissioner James Gordon and Bruce’s trusted butler, Alfred Pennyworth – if they’re going to survive the combined forces of Batman’s larger-than-life rogues gallery: The Joker, The Penguin, Catwoman, The Riddler, Two-Face, Harley Quinn and Poison Ivy.

BATMAN LIVE will tour arenas for the first time ever across the UK and Europe, beginning in summer 2011 and arriving in North America by summer 2012. Opening in Manchester on 19th July 2011 and visiting Newcastle, Glasgow, Sheffield, Birmingham, London, Liverpool, Nottingham, Dublin and Belfast, tickets for BATMAN LIVE are on sale now.
www.batmanlive.com