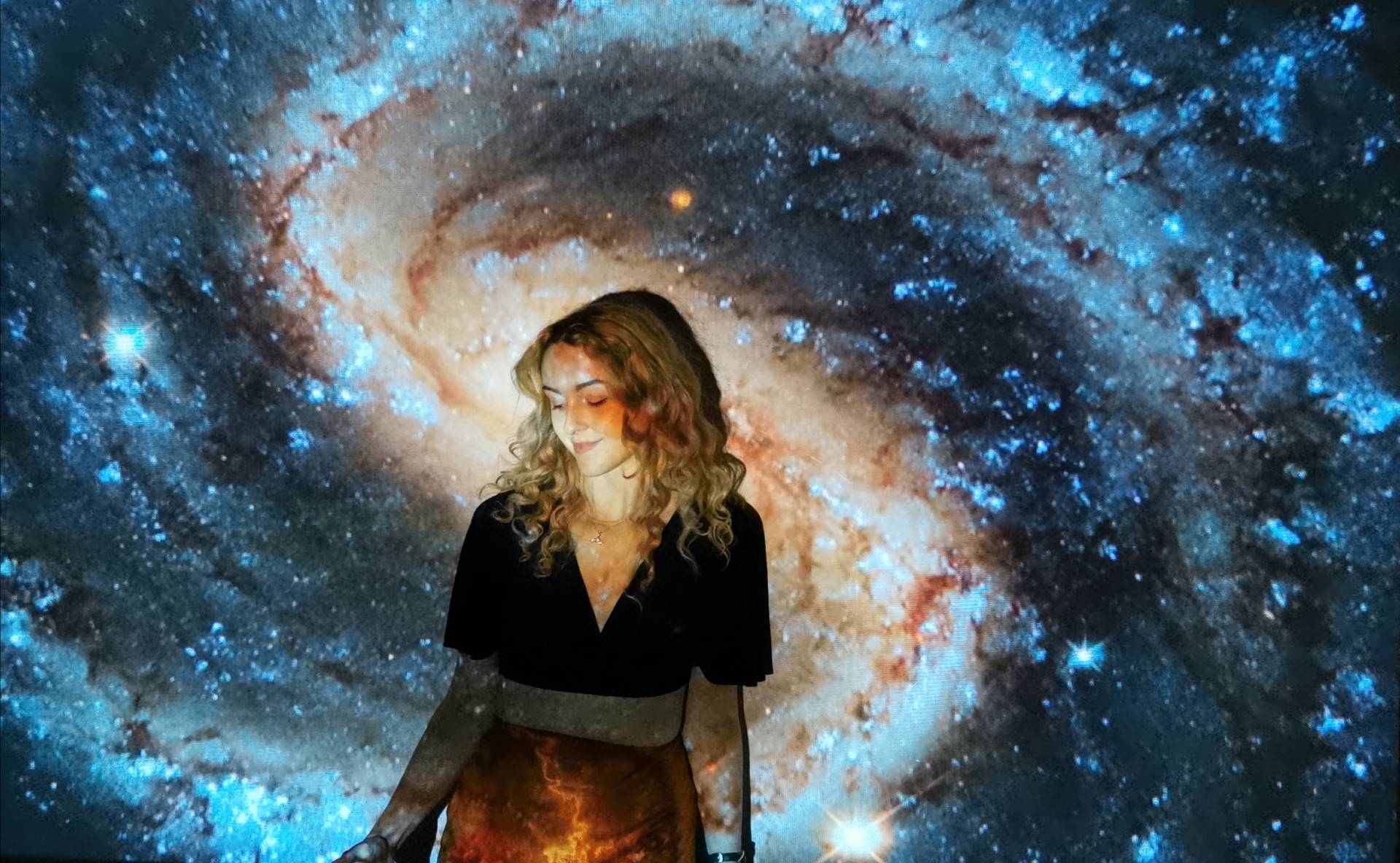 Sally Robinson is a third year Commercial Music student at Bath Spa University who has quite literally reached the stratosphere with her new double A single. This relatively unknown artist who creates delicate haunting folk music wanted to see how far her voice can travel, so sent her songs to inspirational scientists around the world. Astronaut Scott Kelly was taken aback by her beautiful track Moonlit Skies and beamed it up to be heard in space on the International Space Station!

Moonlit Skies is a love letter to Mars and includes samples of the first recordings from NASA’s Mars Perseverance Rover’s onboard microphone. So, whilst listening to the track, you can also hear the actual rover on another planet! The track comes from a series of four otherworldly double A-side singles set to be released taking inspiration from the four elements in science: Air, Earth, Fire, and Water.

Moonlit Skies is joined by Leaves In The Light to make up the ‘Air’ duo which explore themes of space, movement and hope and sound like the missing link between Vashti Bunyan, This Is The Kit, Tiny Ruins, and David Bowie’s Space Oddity. This is refreshing ethereal alt-folk music with soaring mystical vocals and intricate fingerpicking. We can’t wait to see what comes next from Sally!