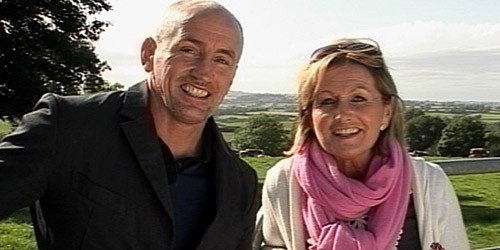 Barry McGuigan said: â€œThis was a really enjoyable series to be part of, there is so much fabulous food being produced in Northern Ireland which we take for granted and it was great to tap into that and work with Jenny, who is a genius with recipes. The food in Northern Ireland really is pretty special.â€

Jenny Bristow said: â€œThe Fabulous Food Adventure is all about the best of what Northern Ireland has to offer, fabulous locations, scenery, best of local producers with great produce cooked in an accessible way for everyone, which reflects the warmth, welcome and great fun, which is so much part of our homegrown lifestyle.

I so enjoyed working along side Barry, he is no mean cook, with a punch line for everyone.â€ 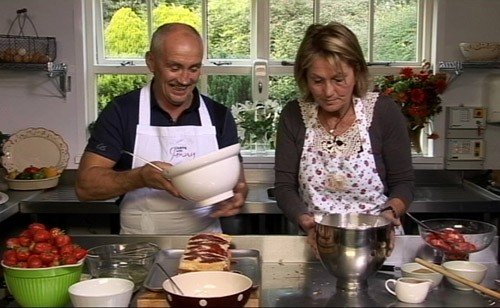 Using the best of local produce to cook up a feast of wonderful dishes their first adventure begins with a lesson in fly fishing for trout on the banks of the river Maine, in Cullybackey, with the local gilly, Wesley Reynolds.

On their journey Barry and Jenny also meet Virginia Maxwell from Causeway Chutneyâ€™s who gives the duo a lesson in chutney making using apples from the local orchard in Galgorm.

Next, they hit the road in search of a saddleback pig, where they meet Ernest Gregg on his farm for some piglet chasing and Hugh Anderson of Grace Hill Fine Foods demonstrates the fine art of making his award winning black and white pudding.

As Jenny hits the kitchen, Barry takes a sneaky detour to a luxurious spa for a spot of relaxation.

Local spit turner, Scott Edmonson starts the pig on the spit for the feast that evening and Jenny and Barry cook up a storm using all of their local ingredients.

In programme two, on Monday 13 September at 8pm on UTV, Barry and Jenny visit the heart of the Orchard County in Magheralin.

The weather is on their side so they decide to get the coals on for a late summer barbecue with their first stop at Forthill Farm with Kenny Gracey and his Longhorn rare breed cattle.

Barry and Jenny discover the secrets of making the perfect pastry with food producer, Roisin Hendron from Pastry Works where they make chicken and leek pie. 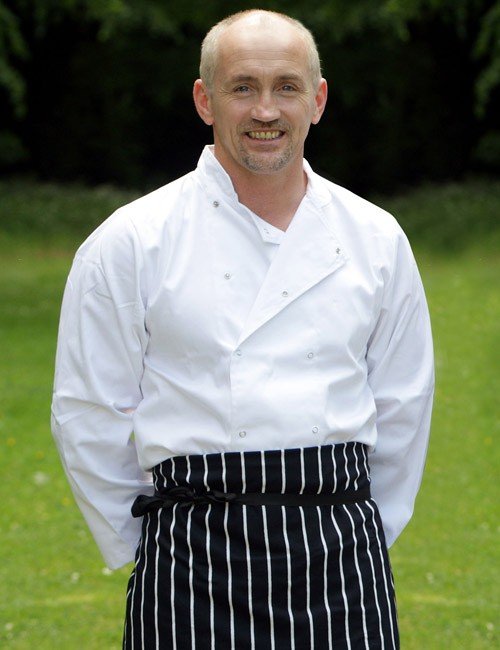 Back at base they have a refreshing taste of local beer from Clanconnell Brewery and as cooking commences, local mushroom man Seamus Cassidy drops in with a delivery of stuffed mushrooms which the duo pinch for the barbeque.

Programme three, on Monday 20 September at 8pm on UTV sees Barry and Jenny as they take the ferry from Strangford to Portaferry and meet local fisherman Adrian Coffey on the harbour in Portavogie in search of scrumptious seafood for a fish pie.

The pair visit the Clandeboye Estate to taste Northern Irelandâ€™s locally produced yoghurt, made with the rich milk from jersey cattle and visit Churchtown Farm where organic farmer, Dale Orr produces unique tasting lamb fed only on red clover which is nutrient rich and pesticide free.

Barry and Jenny find time to visit Glastry Ice-cream for a taste test and kick back on a bale of hay with Will Taylor having the difficult job of sampling his delicious ice cream.

With all their produce in hand they head back to the lodge for some serious cooking. In the kitchen, Jenny and Barry cook lamb stew with cinnamon oranges and pay lentils, fantastic fish pie, autumnal lamb and pear casserole, a granola and mixed berry cranahan dessert, with local yoghurt and vanilla ice-cream.

As everyone tucks into their nosh, the talented African Childrenâ€™s Choir delights our guests with a unique rendition of Danny boy.

The last stop on this Fabulous Food Adventure is on Monday 27 September at 8pm on UTV as Barry and Jenny take to the shores of the Lough Erne.

Jenny and Barry get dressed up for their first food producer Joe Greene – Joeâ€™s farmhouse is the residence for his beehives as he explains the mystery disease which has killed off 80% of the American bee population recently.

Award winning Corleggy Cheese is the next stop where the delightful Silke Croppe explains the cheese making process and Jenny and Barry meet the charming Lord Brookborough on his estate and go deer spotting in the forest and learn all about wild venison.

The final feast of the series has another mouth-watering menu. Venison and juniper berry stew, roasted autumn vegetables with goatâ€™s cheese and honey and honey and plum cake for dessert.

Michael Wilson, Managing Director UTV Television said: â€œFollowing on the success of the first series which attracted more than 150,000 viewers in its opening programme, the Fabulous Food Adventure is back with Barry McGuigan and Jenny Bristow as the new hosts of the series which promises to be a great autumn watch.

Barry and Jenny have a great rapport together and take UTV viewers on a trip around Northern Ireland to sample lots of locally produced food and cook up fabulously mouth-watering dishes.â€

Deirdre McNally, producer and director of the series said: â€œOur journey across Northern Ireland highlights yet again the passion and dedication of our local food producers as Barry and Jenny cook up a fabulous feast in each programme using the local produce harvested on their journey.

This really is a fun, lively and vibrant series with a lot of laughs along the way presented by two of Northern Irelandâ€™s most loved personalities.â€
www.u.tv