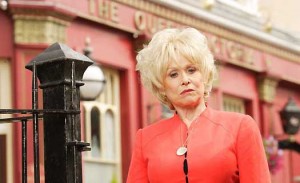 Television and film icon Barbara Windsor is set to say goodbye to everyone’s favourite pub landlady, Peggy Mitchell when she leaves EastEnders in 2010.

Peggy Mitchell has been Queen of the Vic for most of Barbara’s 15 years in Albert Square and has famously yelled “Get outta my pub” at pretty much every inhabitant of Walford during that time. Barbara Windsor first appeared in EastEnders in 1994 and has since become one of the nation’s most loved television matriarchs ruling the Mitchells with an iron fist and a heart of gold.

She was awarded an MBE in 1999 and was awarded a Lifetime Achievement Award at the British Soap Awards in May this year. 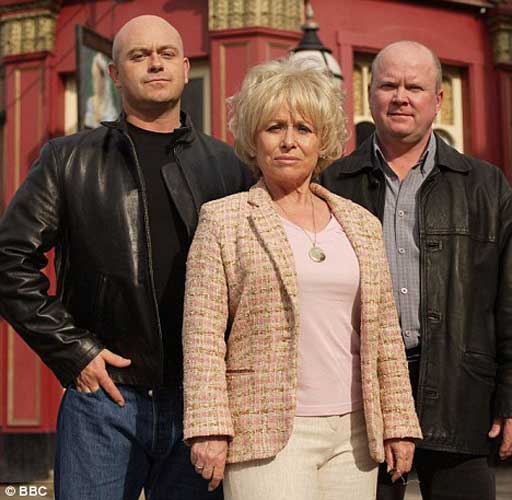 Barbara Windsor says of her departure: “EastEnders has been wonderful to me and it’s no secret that it changed my life all of those years ago. I’ll be so sad to leave Peggy behind; she’s such a wonderful character to play. I have had the pleasure of working with a marvellous cast and crew and have made many lasting good friends. To have had the honour of showing the Queen around the set is something that will stay with me forever.

“I would like to thank the BBC for the incredible opportunity they gave me and above all, I must thank the wonderful viewers for their support over the years. I’m looking forward to the future and I suppose when all’s said and done, I should spend a bit more time with my old man, as he’s not getting any younger.”

John Yorke, Controller BBC Drama Production & New Talent, says: “To most of the British public Barbara IS EastEnders, and it’s almost impossible to imagine Albert Square without her. For 15 years she’s given her heart and soul to EastEnders“ she’s been a consummate professional, a national treasure and a joy to work alongside. We will all miss her hugely “both as a character, and as a friend.”

Diederick Santer, EastEnders Executive Producer, adds: “Barbara has contributed so much to EastEnders over the last 15 years, plus countless episodes, and countless amazing storylines. Peggy Mitchell is a truly iconic character, and along with Steve McFadden and Ross Kemp, Barbara has made the Mitchells the premier family of British soap.

“I so much enjoy working with her “catching up with the gossip, listening to her stories, talking about the show, benefiting from her advice, and most importantly revelling in her powerful, funny, passionate performances. All of us at EastEnders and our audience are going to miss her hugely.”