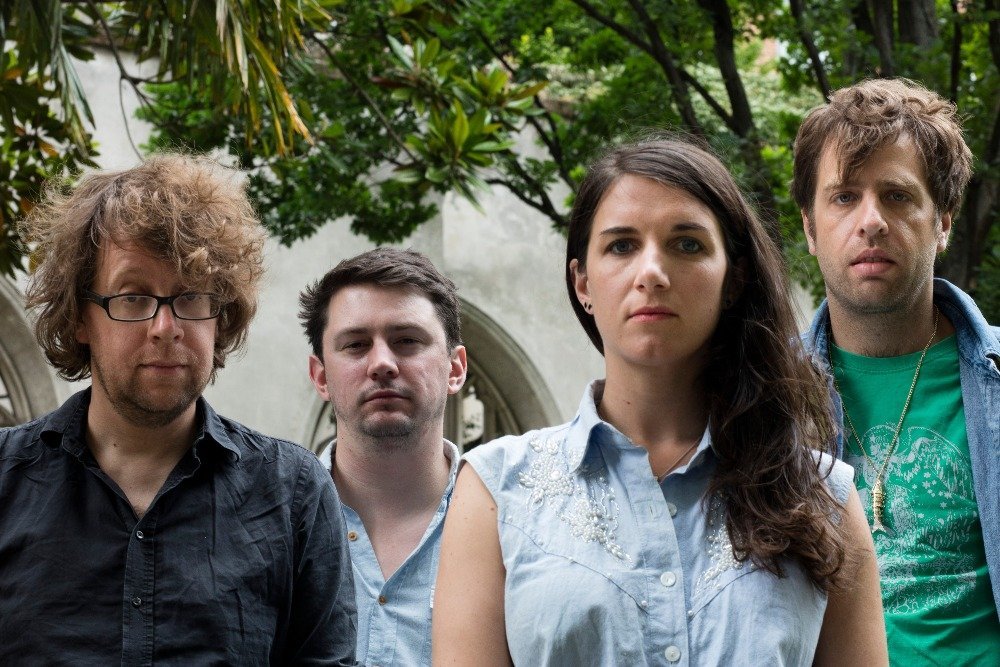 The Bara Bara Band are ready to drop their modern twist on tradition with their forthcoming album ‘The Seeds Inside (The Grapes Upon The Vine)’, out on 15th September via Singaround Records.

Pretty good, driving through the driving rain to play at Hadleigh Folk Picnic whilst writing the answers to this! It’s organised by Emerald Hill, a great folk group from Essex.

Please tell us who you are and your role in the band?

Ruth Jacob- wife of the band, cook, cleaner, banjo holder, writer of such hits as The Mists Of Time, multi-instrumentalist coconut harmonica, whistle blower of the dark underbelly of the Bara Bara band misogynist patriarch

Rupert Browne – the pin up of the band, crumpet for the thinking woman, writer of such hits as On The M25, guitar and bass player

Actually that’s about as far as we got all together so the rest is just answered by me, Ruth. I started the band back in 2009 with a couple of friends, one of who was moving to Canada at the end of that summer. So I didn’t really imagine at the time that seven years later we’d be releasing our second album! (He did move to Canada, but others joined the band, and we’ve had the current lineup for around 7 years). I mainly play banjo (frailing/clawhammer style), plus a bit of guitar, bass, tin whistle and harmonica. Oh and coconuts, mustn’t forget those! That’s for the horse sound effect on the track ‘On The M25’ off the new album. I write and sing a lot of the original songs, often with Rupert too.

You are introducing a ‘modern twist on tradition’ with your new album The Seeds Inside (The Grapes Upon The Vine) – what exactly does that mean?

We are heavily influenced by traditional folk, so our own songs reflect that, but also we create new arrangements of traditional songs and tunes, so for example the track ‘What Put The Blood’ is set to a more modern sounding folk rock arrangement. We also write songs that are inspired by traditional songs and music, but take on more contemporary subject matter such as All Look The Same in its reference to the camps at Calais; More and More in its reflections on the life of a capitalist fat cat; and Telling Me I Should Know, which echoes of the bombardment of information and misinformation in an age where there are so many forms of communication that it comes at you from all directions and you just want to close your eyes and ears and lie in a field.

What’s your new single ‘Plimsoll’ all about?

Plimsoll is an original arrangement of a broadside about the politician Samuel Plimsoll who in the 1800s canvassed for better safety on cargo ships, whose greedy owners were sending sailors off to their deaths to cash in on insurance. For me it has resonance with issues today too, such as the exploitation of workers in many parts of the world, all for the gain of a greedy few. Samuel Plimsoll was an MP in Derby, which is near where I grew up.

If you want the full story, here’s some info from the source book which was given to me by my friend Tom Edwards.

From the source book, A Ballad History Of England (Palmer, 1979):

“The name of Samuel Plimsoll (1824-98) is a household word both because of the shoes called after him and the markings on ships to indicate safe levels of loading. As MP for Derby from 1868 to 1880 he was an ardent social reformer, the most famous of his campaigns being for safety at sea. His main target was ‘coffin ships’, overloaded and unseaworthy vessels which were heavily insured so that when they were lost at sea, as frequently happened, the ship owners made a considerable profit. Having failed in an attempt to introduce a parliamentary bill on the problem, Plimsoll proceeded to write his famous appeal to the nation, Our Season (1873), which helped to bring about a Royal Commission of Inquiry. The commission’s recommendations were, however, ineffectual. In 1875 Plimsoll again put forward his own bill. Rather than accept it the government, led by Disraeli, who was hostile towards Plimsoll, proposed an inadequate substitute of its own. Plimsoll’s fury led to a famous scene in the House of Commons, when he called some of the members villains. The ensuing storm, and the great wave public support for Plimsoll, at last caused the government to give way. Plimsoll’s temporary Unseaworthy Ships Act became law in August 1875, and his Merchant Shipping Act of the following year permanently embodied the Plimsoll Line in English Law.”

Who would you say are your biggest influences as a band?

You also run your own folk club, which is awesome! How did that come about?

It is awesome, we love it! Rupert and I spent a lot of time going to different folk clubs, which we always enjoy, but wanted one that combined our favourite elements. So TOOTING FOLK has a similar structure to the classic folk club i.e. it runs in two halves, we as the hosts start off with a couple of songs, then floor spot performers do a song each, then the booked guest act does their half hour set, then there’s a break and repeat the above. It’s also completely unplugged, and the room we use really lends itself to that as it has great acoustics. The room is above the Selkirk pub in Tooting, and the history of folk clubs there goes back decades – we were recently sent a clipping from 1969 listing Tim Hart and Maddy Prior (Steeleye Span) at The Selkirk! We have a laid back atmosphere and we welcome performers from all corners of the folk spectrum to come and perform a floor spot. And indeed we get a wide variety! It’s always exciting because you don’t know who will turn up. And we’re very lucky as we have a wealth of very talented regulars! Really the floor spots are as much a part of the night as the guest act. We choose our guest acts carefully and try to support up and coming acts as well as booking some more established artists.

Next one is Saturday 2nd September with Laura Smyth & Ted Kemp as guest act.

What do you hope to accomplish by the end of 2017?

To reverse Brexit and overthrow Donald trump with our folk rock stylings whilst writing and collecting material for the next album?! (that bit was written in the car!) Also, to get some dates booked in for 2018 gigs and festivals, we are looking at UK dates around March/April/May 2018, plus festivals in the summer. And most importantly to release the new album and get loads of great reviews, radio plays, and lots of people listening to it and enjoying it! Oh and get people buying it too!

The album launch on Saturday 16th September at the Harrison, Kings Cross, London. Plus dates around the UK next year

Catch them live at their TOOTING FOLK: tootingfolk.com