BT invites Britainâ€™s best unsigned acts to battle for an exclusive spot at this yearâ€™s festival. BT, the primary sponsor of this yearâ€™s Isle of Wight Festival, today announces a Battle of the Bands contest to give the UKâ€™s hottest new musical talent a once-in-a-lifetime chance to perform on the main stage this summer.

The 3-day festival takes place in June and will include performances from the Sex Pistols, The Police and Ian Brown.
Unsigned bands, wannabe solo artists and up-and-coming DJs are being given the opportunity to follow in the footsteps of rock greats including The Rolling Stones, Jimi Hendrix and David Bowie, all of whom have appeared at the legendary festival.

Entrants will be required to upload a track at bt.com/isleofwight complete with a biography and photograph. The competition will be judged by an expert judging panel who will select finalists from ten regional heats, with the live final taking place at the top of the BT Tower on Saturday 31st May. The judging panel will include Isle of Wight organiser John Giddings and BTâ€™s Matthew Dearden. 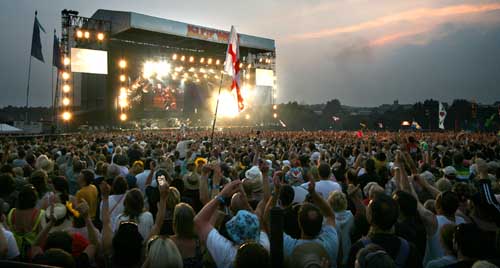 The BT Battle of the Bands competition aims to provide a platform for the rising stars of the UK music scene to showcase what they are really made of in front of a massive audience of both potential fans and the cream of the UK music industry.

Matthew Dearden, director of home phones says â€œBTâ€s new Battle of the Bands competition not only offers a once-in-a-lifetime chance for an unsigned act to appear at the famous Isle of Wight Festival, but extends a helping hand to aspiring musical talent, exposing the eventual winner to an audience of thousands. Weâ€™re pleased to be able to be able to support homegrown talent and are looking forward to hearing the entries.â€