GuinnessÂ® & Co have announced the 6 lucky bands who have been selected for the Belfast regional showcase of the â€˜Our Thursdaysâ€™ competition. 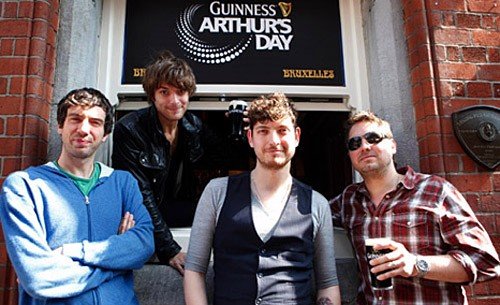 As part of this yearâ€™s Arthurâ€™s DayÂ® celebrations, â€˜Our Thursdaysâ€™ is on the look out for emerging talent all over Ireland to offer them the incredible opportunity to be part of the Arthurâ€™s Day line up on September 23rd.

Since July, hopeful bands have been performing in pubs every week all around the country at the Guinness â€˜Our Thursdaysâ€™ pub showcases where the public decided, via text vote, who would go through each week.

The bands that received the most votes at the end of each pub showcase have been named as the official Arthurâ€™s Day artist in that bar on 23rd September.

What’s more, a team of music industry experts including members of Snow Patrol, have had the unenviable task of listening to all the pub showcase winners from around the country and have now whittled it down to the best 24, 6 of who will play at the Belfast regional showcase in The Empire, Belfast on 26th August.

For detailed information about Arthurâ€™s Day and Our Thursdays visit www.guinness.com