To support the release of their upcoming single ‘Stop The Music’ out 19th April, and 2nd album ‘Earth vs The Pipettes’ out on 28th June on Fortuna POP!, The Pipettes are taking to the road and doing a UK nationwide tour. 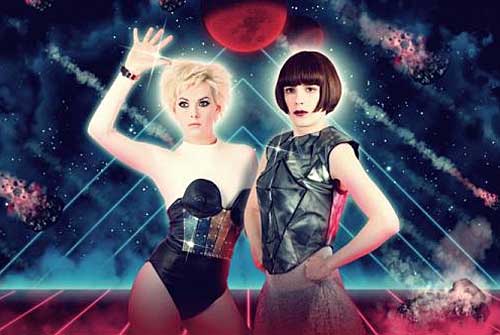 In their first incarnation, donning polka dot dresses and referencing the girl groups of the late fifties in the heyday of skinny tie indie music, The Pipettes had remarkable success. A top ten album in Japan where the single ‘Pull Shapes’ was only kept off the number one spot by J-Lo, top ten radio positions all across Europe, two Top Forty hits in the UK and a Top Ten in the US billboard indies. 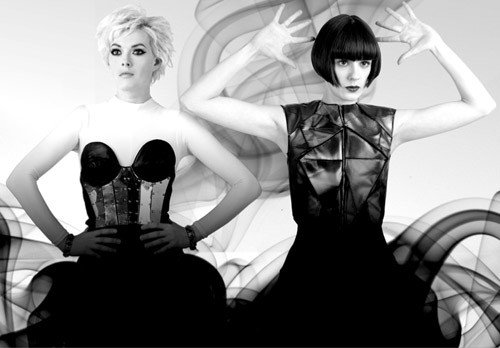 They played on the main stages at Reading and Glastonbury, blazed a British trail across SXSW, conquered the world and sold a heap of records. Since then they’ve been working on their new album ‘Earth vs The Pipettes’ with legendary Martin Rushent, the semi-retired producer of The Stranglers, Shirley Bassey, and, most famously, the Human League’s ‘Dare’.

The Pipettes Q & A:
WHO ARE THE BAND MEMBERS AND WHAT DO EACH OF YOU DO IN THE BAND?
Ani – vocals, Gwenno – vocals, Jon – Bass, Bobby – Guitar & QChord, Alex- Drums, Seb – Synths

WHAT KIND OF MUSIC DO YOU MAKE / PLAY ?
Pure pop songs

WHERE ARE YOU FROM ?
Cardiff and Brighton

HOW DID YOU GUYS GET TOGETHER AND WHEN?
It happened at varying stages, it’s quite a long story actually…

WHO ARE YOUR INFLUENCES IN THE MUSIC INDUSTRY ?
Martin Rushent

WHAT WAS THE LAST GIG YOU PLAYED, WHAT DID YOU THINK OF IT ?
We did a club night with our friends, Lucky Soul in London which was tremendous!

HAVE YOU ANY FORTHCOMING GIGS IN IRELAND OR NORTHERN IRELAND ?
Not as of yet but we’ve always loved playing Belfast…

DO ANY OF THE BAND HAVE ANY IRISH OR NORTHERN IRISH CONNECTIONS? IF SO TELL US ABOUT THEM ?
Well, both Ani and Gwenno Irish danced since they were 5 and Ani’s won the World Championships a good few times and Gwenno did lead in Lord Of The Dance and danced with Riverdance…

WHATâ€™S THE MOST SUCCESSFUL THING YOU GUYS HAVE DONE TO DATE ?
A load of stuff on the last album, playing the main stage at Glastonbury was pretty memorable!

WHO HAS HELPED YOU THE MOST GET TO WHERE YOU ARE TODAY ?
Family and friends

WHATâ€™S COMING NEXT FOR THE BAND ?
Our new album, Earth VS The Pipettes is coming out in July with a single, Stop The Music out in April

HOW IMPORTANT IS THE INTERNET AND SOCIAL NETWORK SITES TO THE SUCCESS OF YOUR BAND ?
It’s just a really good way of keeping in touch with fans across the world

14TH INSIDE OUT DARLINGTON