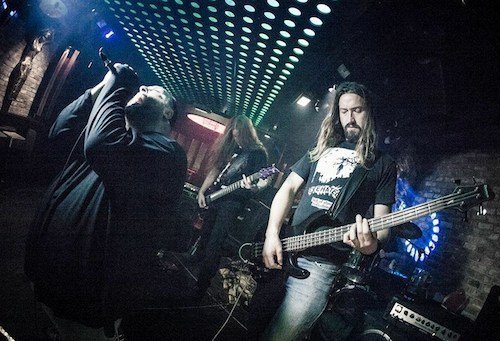 Born from the ashes of Belfast stoner sludge band The Naut it was always the intention of War Iron to play pulverizing heavy music.

The line-up has two bass players and no guitarists. Each of the two instruments have their own individual tone and characteristics which come together to create one colossal heavily distorted sound. Add to the basses pounding drums and caustic vocals and you have War Iron.

Return trips to London, Scotland and a venture into mainland Europe are all pencilled in for 2014. 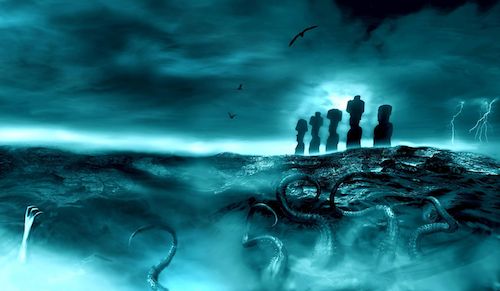 War Iron’s line-up are a collection of better than well known metal scene regulars, some would almost venture to say that they are “famous” within their own scene.

Baggy provides the vocals with Ross and Dave on bass and Marty on drums.

The band’s discography has been incredibly healthy since 2010 with various releases in various formats and when it comes to merchandising and promotion they are one of the only bands around who take this seriously. A lot can be learned from War Iron.

The Fifth and Final Sun – Cassette.
Tartarus Records – February 2013
Same tracklisting as the CD but comes with badge/button and Download code – limited to 100 worldwide.

Check out War Iron at facebook.com/warirons