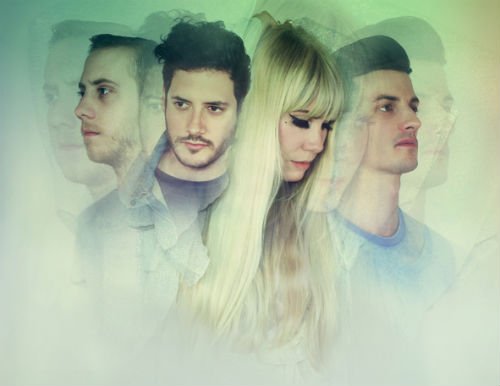 The lead single ‘Shadows’, is the perfect first offering from the band, with sultry frontwoman Ida Jacobsson bringing a Nordic charm to the their exciting sound…with her powerful vocals rising above guitarist Sean O’Reilly’s exquisite production.

So…When did you start and what inspired you to put together the band ?…And Why did you pick the name White Fever?

The idea and name White Fever was born when Ida was caught out in a snow storm in France last year. It refers to that moment in time of feeling lost and snow-blind. It’s also a bit of an homage to where she’s from in Sweden, where winter is pretty much constant.
After having this epiphany she contacted Josh (drums), who she knew from playing the same nights a few times with previous bands. They later got to know Joe (bass), who then joined the band and found the final member Sean, when auditioning guitarists.

Can you talk a bit about your single ‘Shadows’?

Shadows is all about energy and we tried to capture that vibe when we recorded it. The song represents different styles and aspects of our sound summed up in one tune. Its dreamy, psychedelic, dancey, and a bit rocky. It’s also the song we enjoy playing live the most as it’s really upbeat.

What were your influences whilst writing the track?

Shadows came about in the studio, Ida started to play the chord sequence, the band joined in and the song took off from there.
The lyrics are about a state of mind rather then a specific event, it’s about feeling claustrophobic and out of place in the world and in your own skin. 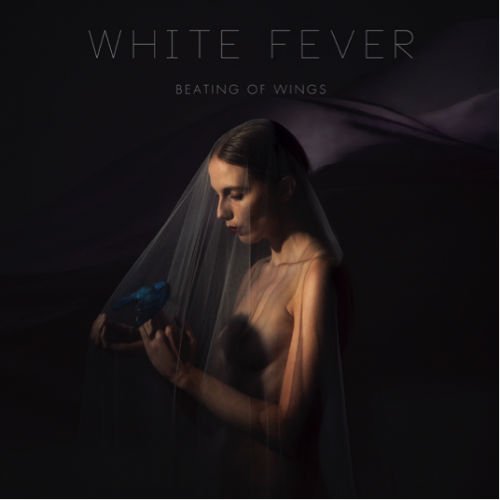 Tell us 5 things we should know about your new EP ‘Beating Of Wings’ ?

1. It’s completely self-made, recorded and produced by Sean (guitar) in our rehearsal studio and our living rooms.

2. We’ve covered The Ronettes’ Be My Baby on the EP. It’s a song we all love and started playing at the end of a long rehearsal as a bit of a joke. We halved the speed of it, which gave it such an eery feel that we decided to stick with it.

3. At the end of Be My Baby Sean had Ida reading from a Swedish copy of the Great Gatsby to add noise and texture to the outro.

4. Beating Of Wings refers to lyrics from “The Killing Kind”, the last track of the EP.

5. When shooting the EP cover Josh and Ida were jumping up and down in the background using fabric like a skipping rope to create movement behind the model (who’s also Josh’s girlfriend) . She did well to keep a straight face.

Our next show is our EP launch at the Old Blue Last on the 27th October with Club.The.Mammoth. The show is free and we have our good friends Twin Graves supporting us plus DJ sets from Finnigan Kidd (Hatcham Social) and Ash Moss. We’ve been working towards this for a long time and the making of this EP has been such a massive part of our lives the last 6 months, so it’s really exciting to finally get to share it.

We all have pretty varied musical tastes within the band. But PJ Harvey, Joy Division, Jeff Buckley, Warpaint, Nick Cave, Cocteau Twins, Dick Dale, The Shangri- Las and David Bowie are a few examples of music that inspires us where our tastes align.

We like to keep ourselves busy and moving forward, so writing and recording for our album is on the agenda. Alongside booking European shows for next year we also have have some recorded live sessions coming up and exciting collaborations with other artists. Watch this space.