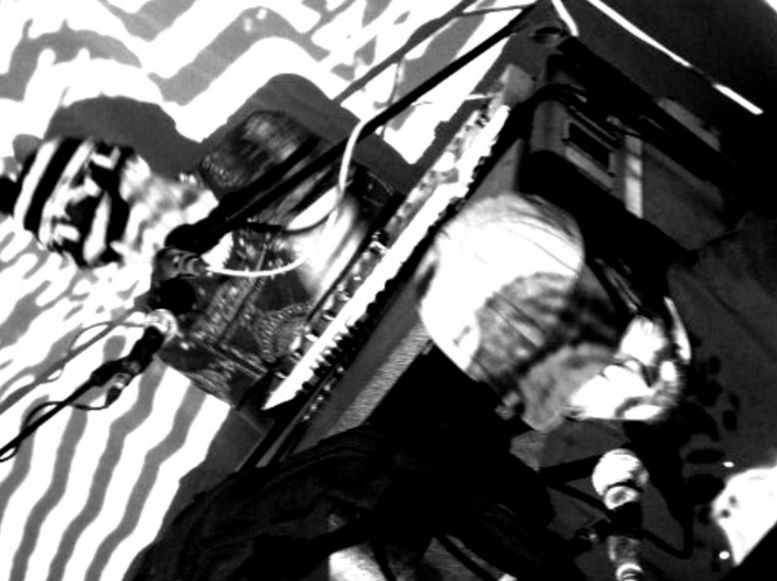 Forming way back in 2013 Tryptamines are an experimental band based out of Aberdeen, Scotland. I say ‘band’, but actually collective is a better term for the group.

Centring around the two core members, Chemical Callum and Tom the Noisemonger, an entire cast of other musicians take part in the project which at it’s core is all about collectiveness and collaboration.

The band’s ethos exhibits a strong desire to take music back from what they see as the corporate machine (major labels), which uses music not to produce art but profit, a sentiment I think we can all agree with to a greater or lesser extent.

They use their lyrics to discuss the diminishing separation between ourselves and the digital world, one which is pushing us further away from real life experiences and an appreciation of beauty. Their latest EP ‘Metropolis’ – inspired by the Hans Fritz film of the same name – tackles this head on in it’s title-track, discussing both the good and the bad sides of a world which is increasingly reliant on technology.

The EP itself is, like the band’s make up, a big mix of different influences. Though despite this there is a symmetry to it with track 1 (title track Metropolis) showing an urgency and pace to it before melting away into the more cathartic ‘Why Are There People Like Frank’. Again the tempo is lifted by the most intense track ‘Nina Shuffles’ before again falling away in final track ‘Insulin Unmix’.

These peaks and troughs create an EP that while only four tracks long make you feel like you’ve been on an epic journey through its course, a slightly odd but welcome feeling.

At the moment I can’t find any dates for the band playing live but I will definitely be keeping an eye out in the future as I reckon they’ll put on an amazing show.

‘Metropolis’ is out now via Fitlike Records.