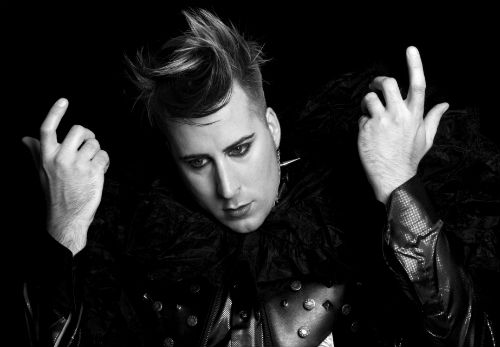 Their recent ground breaking pro-gay love video for ‘Two Men In Love’ resulted in an inequitable over 18 censorship on Youtube despite the lack of any sexual content. Jamie explains: “I made this video because of kids out there kill themselves being gay…There’s nothing sexual in the video, just kisses between lovers”.

The Irrepressibles play in the wasteland of our post-modern capitalist cultural burnout, playing with the embers, crying for their ruin, and making new inventions…


The first tranche ‘Nude: Landscapes’ mores from intense minimalism to symphonic landscapes where the orchestration is stripped back with piano, guitar, violin and cello which expands with loop pedals in live performance.

Succeeding is ‘Nude: Viscera’ which conjures a physical and sexually charged world. It brings together influences from new wave, grunge and exotica into a darkly sensual and at times playfully chaotic mix. Initial comparisons have been made to the later works of Jeff Buckley, Lou Reed, Yma Sumac and material from PJ Harvey. This second EP will be toured throughout Spring 2014 in darker rock venues that are intrinsic to the performances and how the new music will take form.

The finale ‘Nude: Forbidden’ will shift into new electronic territory and includes remixes from iamiamwhoami and Mancunian duo Ghosting Seaon plus new tracks Forbidden and Edge of Now which the band will release new music videos for in the coming weeks.

The final EP will be released together with the full trilogy as one package digitally and physically internationally on 7th April .