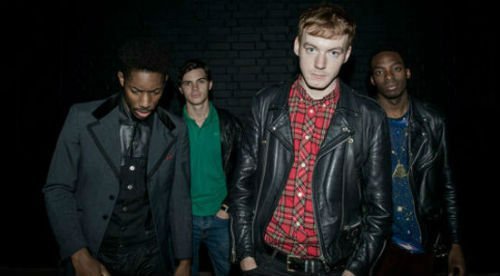 Frontman Dominic McGuinness describes the four-piece’s sound as: “You know when you go to see a great film at the cinema and come out of it feeling like you’re the lead character, walking down the street like the Fonz or De Niro?…I want people listening to our band to feel like that”

“People ask what sort of music we make, but if I say rock ‘n’ roll they instantly think of the fifties,” adds guitarist Dominic John. “It’s the same starting point in terms of the energy behind it, but it’s not referential and it’s really not about looking back. It’s seeing that danger and energy, but taking it somewhere else.”

The Bohicas will next headline BBC Introducing at Club NME at London’s Koko on January 16th before they support Drenge at the Dome in Tufnell Park on February 12th as part of this year’s NME Awards shows.